Aishwarya Rai Bachchan and Mani Ratnam have previously worked together in films like Iruvar, Guru and Raavan 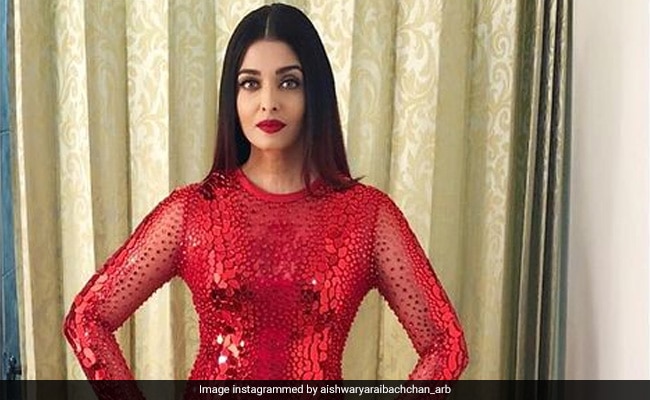 To all the Aishwarya Rai Bachchan and Mani Ratnam fans out there, we have news for you. The actress shared an update on the filmmaker's next project. Aishwarya Rai Bachchan shared the first poster of the period drama Ponniyin Selvan. Sharing the first poster of the film on her Instagram profile, the actress wrote: "The golden era comes to life. Mani Ratnam's Ponniyin Selvan PS1." The period drama is based on Kalki Krishnamurthy's popular historical novel Ponniyin Selvan (The Son Of Ponni). The film boasts of an impressive star cast that includes Vikram, Karthi, Trisha Krishnan, Prakash Raj, Jayaram, Jayam Ravi and Aishwarya Lekshmi among others. The film is being produced by Lyca Productions.

Aishwarya Rai Bachchan has earlier worked with Mani Ratnam in the 2007 film Guru and the 2010 film Raavan, both of which featured Aishwarya's husband Abhishek Bachchan. The duo even worked together in the 1997 Tamil film Iruvar, which marked Aishwarya's debut in the Tamil film industry.

In terms of work, Aishwarya Rai Bachchan was last seen in the 2018 musical Fanney Khan, co-starring Anil Kapoor and Rajkummar Rao, which was a box office debacle. She will reportedly be seen in Gulab Jamun, co-starring her actor-husband Abhishek Bachchan. The film will be produced by Anurag Kashyap.