What makes the photo unique is that Aishwarya, draped in a saree, can be seen wearing her Miss World 1994 sash and also the crown, while tucking into the meal. 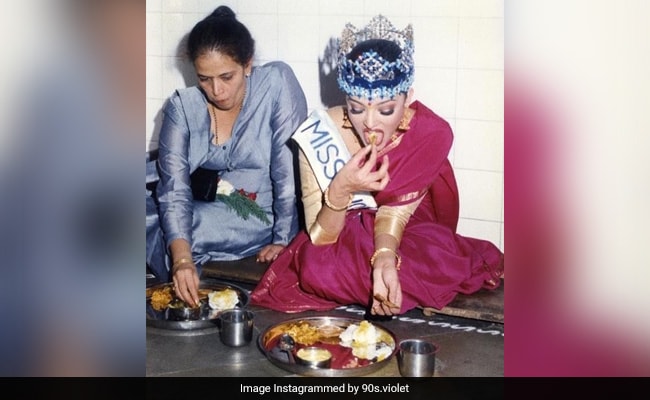 Thank you, Amy Jackson, for sharing this priceless throwback photo of Aishwarya Rai Bachchan. Looks like Amy Jackson is a fan of the former beauty queen because on Thursday, the Ekk Deewana Tha actress chanced upon a throwback photo of Aishwarya and couldn't resist sharing it on her Instagram stories. Amy Jackson described Aishwarya as the OG "Queen" in her words, also adding that the former Miss World is a "forever favourite" of hers. In the photo, Aishwarya can be seen enjoying a scrumptious spread with her mom. What makes the photo unique is that Aishwarya, draped in a saree, can be seen wearing her Miss World 1994 sash and also the crown, while tucking into the meal. 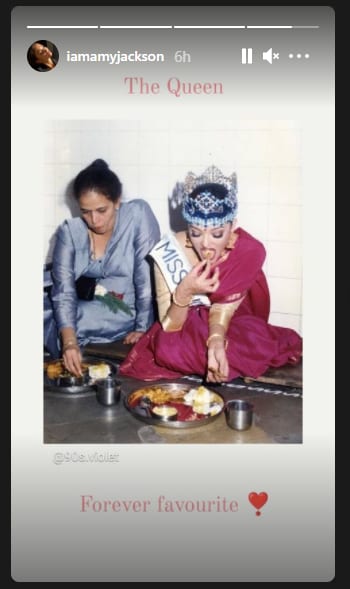 In an interview to NDTV just after she had been crowned Miss World, Aishwarya had said the one person she wanted to meet was Mother Teresa. About things that 21-year-old Aishwarya did not like, she said: "Hypocrisy, double standards and pretentiousness."

Meanwhile, Sushmita Sen revealed this interesting fact in an interview with Rajeev Masand and said when her passport was misplaced just before she was about to leave for Miss Universe, the organisers asked Sushmita to participate in Miss World and let Aishwarya Rai, who was the first runner-up, go for the Miss Universe competition.

Aishwarya Rai Bachchan got married to Abhishek Bachchan in 2007 and their daughter Aaradhya was born to the couple in 2011. In terms of work, Aishwarya was last seen in Fanney Khan. Her upcoming movies include Mani Ratnam's Ponniyin Selvan and Gulab Jamun, in which she co-stars with husband Abhishek.