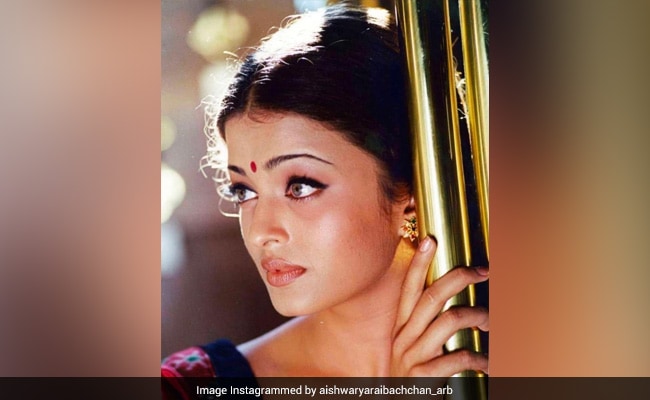 Filmmaker Sanjay Leela Bhansali's movie Hum Dil De Chuke Sanam completed 22 years on Friday. Actress Aishwarya Rai Bachchan, who played a central role in the film, marked the special occasion with an Instagram post. She shared two pictures of herself and filmmaker Sanjay Leela Bhansali. Besides that, Aishwarya Rai Bachchan also shared two stills from the film that feature her. In the caption of the post, she extended gratitude to her fans as well as Sanjay Leela Bhansali. Sharing the pictures on Instagram, she wrote: "22 years of "HUM DIL DE CHUKE SANAM" I am reminded, by such an outpouring of love... but my dearest Sanjay... This one is evergreen... Forever." She added: "THANK YOU... and to ALL our audience world over... and my ever LOVING family of well-wishers... THANK YOU FOR ALL YOUR LOVE...ALWAYS. Much LOVE too."

Hum Dil De Chuke Sanam also featured Salman Khan and Ajay Devgn in pivotal roles. Both Ajay and Salman dedicated a social media post each to the 22nd anniversary of the movie. Ajay Devgn shared several throwback pictures from the sets of the film on Instagram. In the caption, he wrote: "22 years of Hum Dil De Chuke Sanam; Salman, Sanjay, Ash and I knew we were making a super-sensitive film. Didn't think though that it would create history. Humbled."

Hum Dil De Chuke Sanam was released in 1999. It performed well on the box-office and emerged as one of the most loved films of the Hindi cinema.