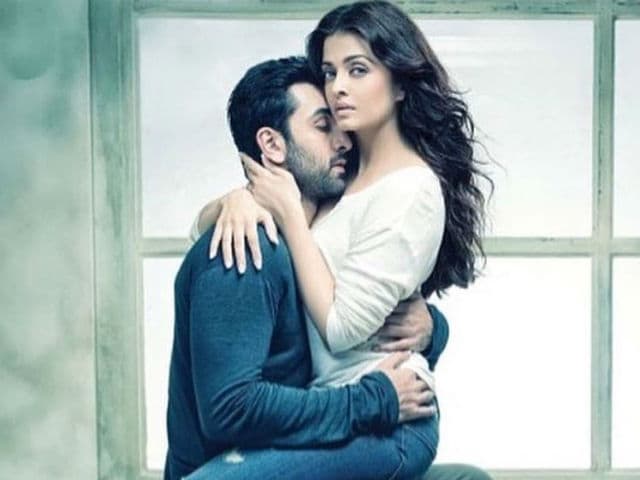 This image was posted on Intagram by dharmamovies

New Delhi: The countdown has officially begun to Karan Johar's Ae Dil Hai Mushkil, expected to open in another 10 days despite an outcry from some quarters over the casting of Pakistani actor Fawad Khan. Be that as it may, publicity for the film is carrying on full steam ahead.

A series of pictures featuring Aishwarya Rai Bachchan and Ranbir Kapoor, who form two-thirds of the film's romantic triangle, are being released in a steady trickle, with the latest two being posted on Instagram by makers Dharma Productions.

These images from a photoshoot are destined for viral fame.

Careful. This might set your screen on fire! #RanbirKapoor and #AishwaryaRaiBachchan cover shoot

Just days ago, this picture of Aishwarya and Ranbir spread like wildfire on the Internet.

Dharma productions also shared this teaser of the Diwali release:

Promoted
Listen to the latest songs, only on JioSaavn.com
The Ae Dil Hai Mushkil triangle is completed by actress Anushka Sharma. Fawad Khan, whose presence in the film has prompted controversy, makes a special appearance. Shah Rukh Khan has a cameo.

Meantime, a group some 450-odd cinema owners across four states - Maharashtra, Gujarat, Karnataka and Goa - have said they will not screen the film, expected to release on October 28 alongside Ajay Devgn's Shivaay.