Aishwarya Rai Bachchan paid tribute to Atal Bihari Vajpayee with some old pictures on Instagram, some days after his death 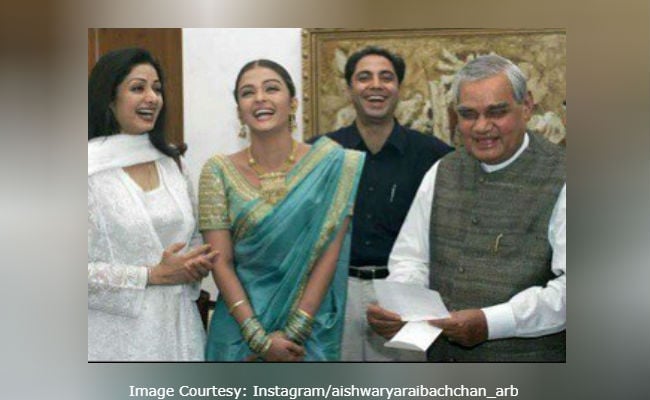 A post shared by AishwaryaRaiBachchan (@aishwaryaraibachchan_arb) on Aug 19, 2018 at 2:28am PDT

On his blog, Amitabh Bachchan described Mr Vajpayee as an 'extremely rare human.' "A stalwart, a poet, a writer, an enlightened mind and a compassionate being leaves this world and we mourn his passing. He was an admirer of my father and his works and there were many occasions when I would be present at their meetings," the 75-year-old actor wrote. Aishwarya Rai Bachchan is married to Amitabh and Jaya Bachchan's son Abhishek. The couple are parents to daughter Aaradhya, 6.

Atal Bihari Vajpayee was cremated with full state honours on Thursday evening and his ashes were immersed in Haridwar on Sunday. His cremation was attended by President Ram Nath Kovind, Vice President Venkaiah Naidu, Prime Minister Narendra Modi and many other political leaders.