The Bachchans dined at a fancy Mumbai restaurant on Monday evening 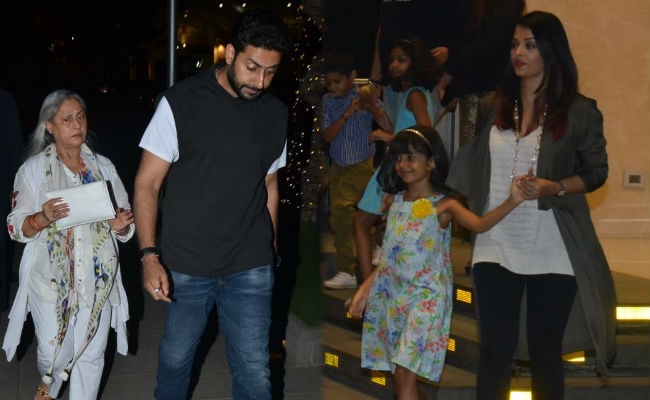 The Bachchans at Yauatcha in BKC, Mumbai.

Aishwarya Rai Bachchan and her actor husband Abhishek spent Monday evening catching up with her friends while their daughter Aaradhya and Abhishek's mother Jaya Bachchan also joined them. Abhishek arrived with his mother for the dinner at Yauatcha in BKC, Mumbai. The Bachchans were also photographed exiting the suburban restaurant. Aishwarya, dressed in black leggings, white top and a grey jacket, took Aaradhya, who looked cute in a floral-printed dress, by her hand. Abhishek exchanged courtesies with his friends and then joined Aishwarya and Aaradhya. Meanwhile, Jaya Bachchan, dressed in white from head-to-toe, exited the restaurant quickly.

Here are pictures of the Bachchans' night out: 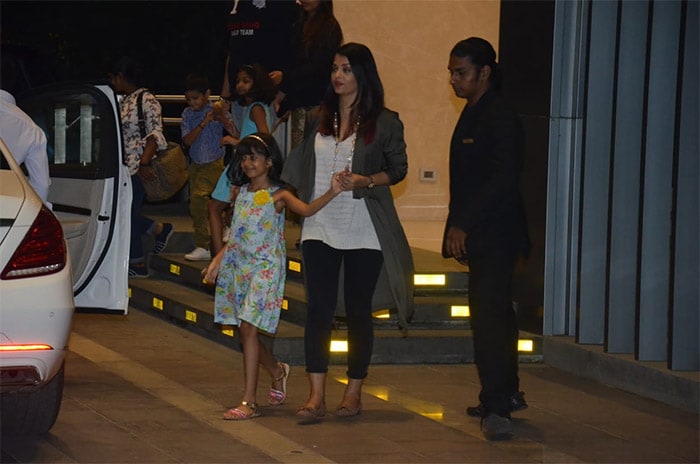 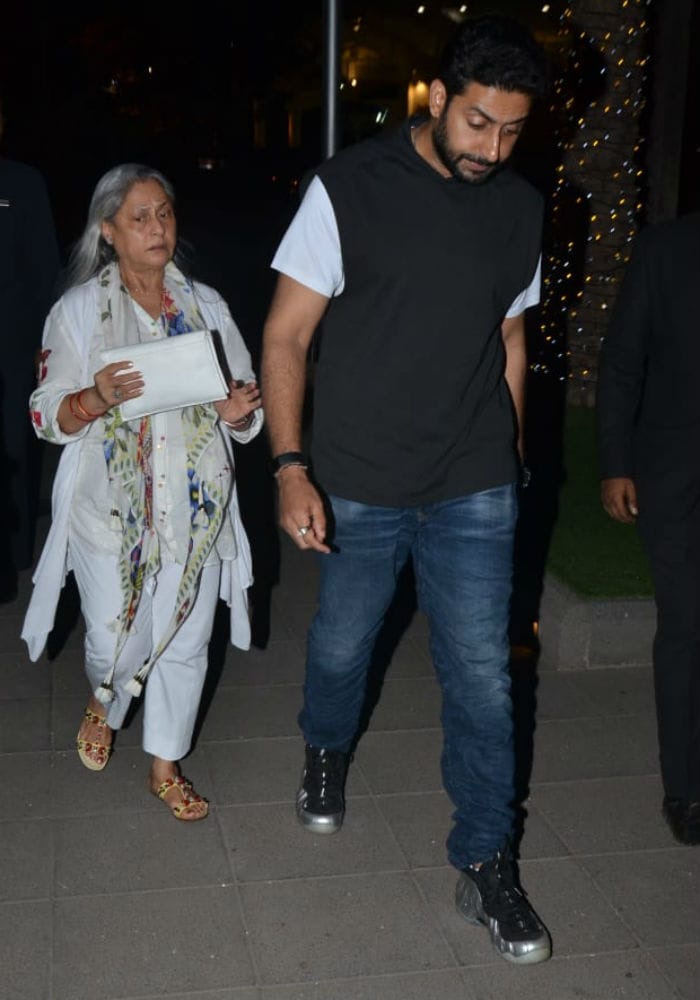 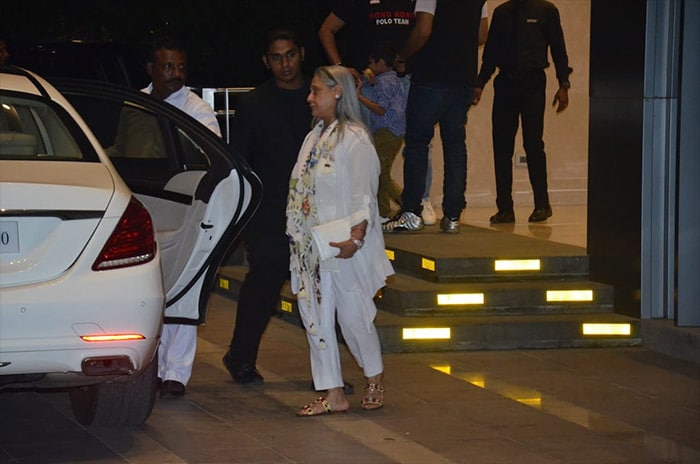 Earlier in the day, Abhishek, Aishwarya, Jaya Bachchan and Amitabh Bachchan stepped out of their home in Juhu to cast their votes. Here are pictures of the Bachchans arriving at the polling booth in Juhu. 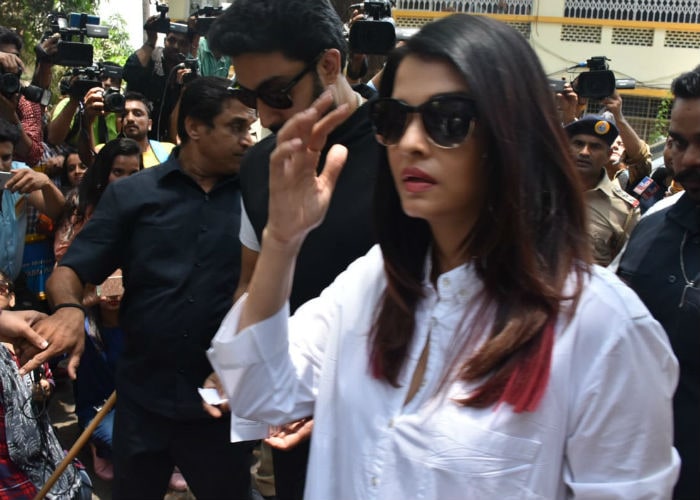 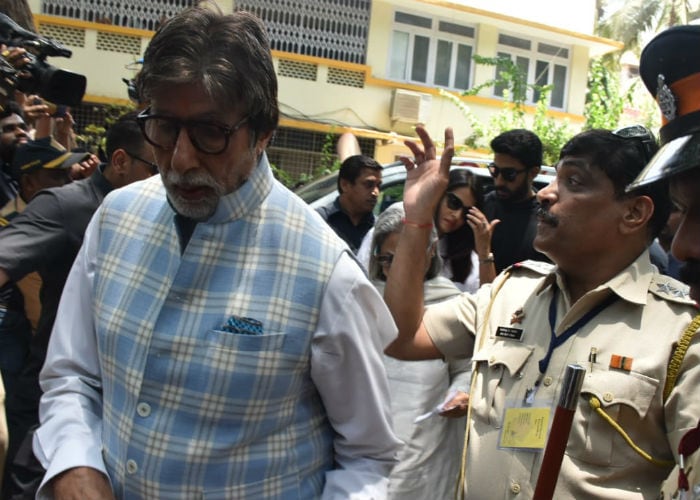 The Bachchans are a busy lot work-wise. Amitabh Bachchan, last seen in Badla, is currently filming Brahmastra with Alia Bhatt and Ranbir Kapoor. The Ayan Mukerji-directed film is expected to release in the first half of 2020. He has also signed up for Nagraj Manjule's Jhund.