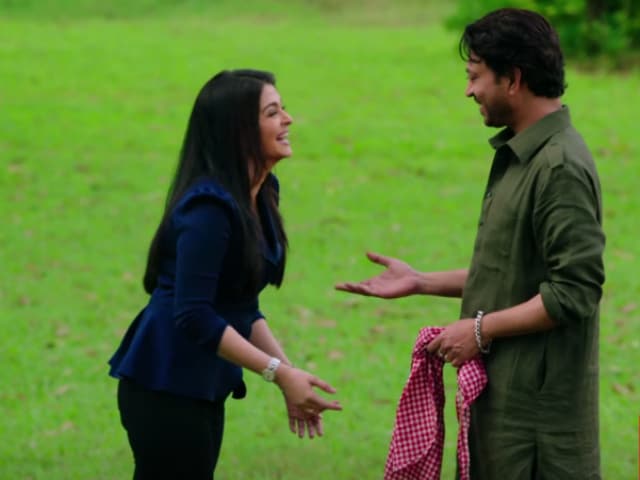 New Delhi: Jazbaa, which marks Aishwarya Rai Bachchan's resurgence as a Bollywood actress, witnessed a 'solid' growth on Saturday, with an escalated score of Rs 5.49 lakhs and helped the movie manage an overall collection of Rs 9.72 crores so far.

Trade analyst Taran Adarsh, who had predicted a better Saturday for the movie tweeted the figures on October 11.

The crime-thriller, which opened to mixed reviews on Friday, also stars Irrfan Khan and had minted a slightly lesser amount on October 9, the day of its release.

Jazbaa has been regarded as the Guzaarish actress' comeback movie but her co-star Irrfan believes otherwise. "For me she was always here. She didn't go anywhere. An actor should be allowed a gap. Her audience is still with her. People are her fan, her admirers, and they'll definitely go to watch her," he said in an interview to PTI. (Also Read: Aishwarya Was Always Here, Says Irrfan Khan on Jazbaa Co-Star's 'Comeback')

However, in his review to NDTV, Saibal Chatterjee said: "It has just enough for Aishwarya Rai Bachchan fans to justify a trip to the multiplexes," before pointing out that the movie "Is just as much, if not more, Irrfan Khan's film."

Directed by Sanjay Gupta, Jazbaa features Aishwarya as an advocate and Irrfan as a suspended cop. The movie also stars Bollywood veteran Shabana Azmi and is the Hindi remake of a South Korean crime film.