Ahead Of Ranbir Kapoor-Alia Bhatt's Rumoured Wedding, RK Studios Is All Lit Up. See Pics 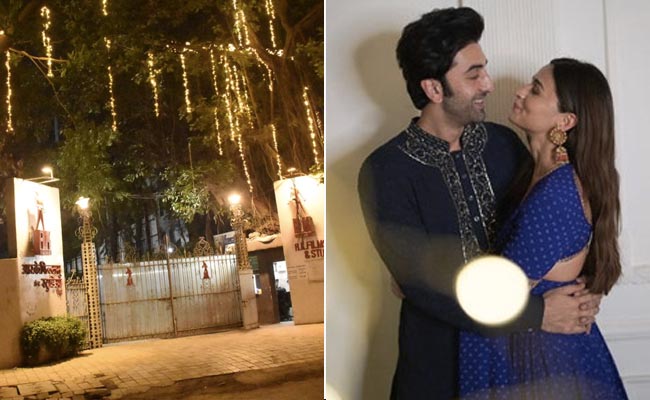 A big fat Bollywood is reportedly coming up this week - Alia Bhatt and Ranbir Kapoor are supposedly marrying in a few days and while there is no official confirmation, the new decorations at RK Studios in Mumbai might be indicative of impending festivities. RK Studios, in Chembur, has been lit up ahead of the reported wedding - the entrance is now bright with lights and so are the trees in front of it. The studio will reportedly be the setting for festivities like the mehendi and sangeet. Ranbir's apartment block, Vaastu, is also one of the reported wedding venues.

Here have a look at the pictures and video of Ranbir and Alia Wedding Venue: 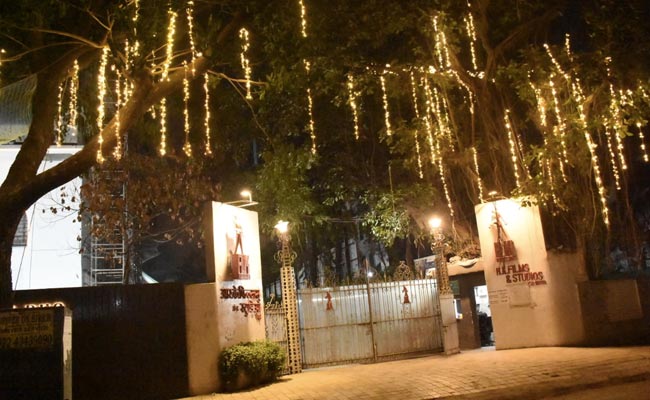 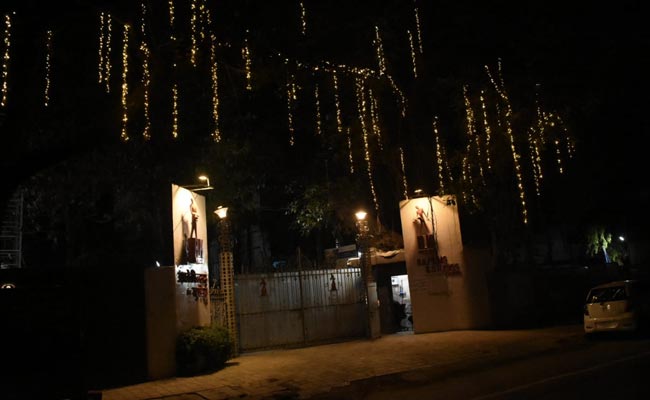 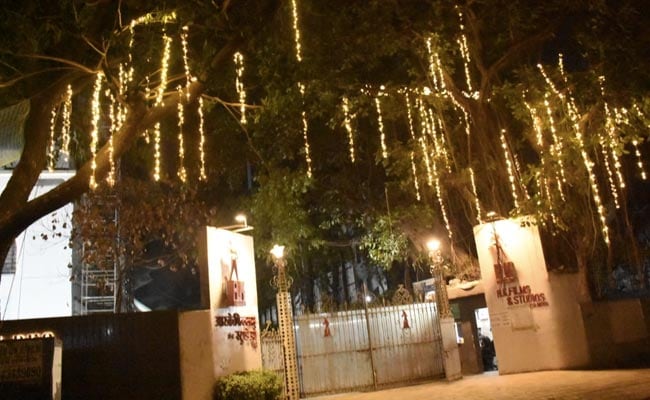 RK Studios - and RK Films, the production house - was set up by Ranbir's grandfather Raj Kapoor. It was where Ranbir's parents Rishi and Neetu married in 1980. RK Studios has also been the traditional venue for the family's annual Ganesh Chaturthi celebrations.

Meanwhile, reports set Ranbir Kapoor and Alia Bhatt's wedding date variously as April 14, 15 or 16. A mehendi will reportedly be held on April 13 and a grand reception on April 17. The reception guest list reportedly contains names such as Shah Rukh Khan and Deepika Padukone and will be held in Mumbai's iconic Taj Mahal Hotel. "They have decided to host the reception at Taj Mahal Palace 'mostly' on April 17. Alia and Ranbir want to get back to work, but before that, they want to finish all their wedding festivities and so they have decided on this date. The source added that last night Alia Bhatt and Ranbir Kapoor visited the high-end seafront hotel to book it for their wedding reception," Pinkvilla quoted a source as saying.

Ranbir's uncle Randhir Kapoor has denied that the wedding will be held in Krishna Raj, the Kapoor family home, as was reported earlier.

Ranbir Kapoor and Alia Bhatt reportedly started dating in 2018 and made their first appearance as a couple at Sonam Kapoor and Anand Ahuja's wedding reception the same year. In an interview in 2020, the actor revealed that if it weren't for the COVID-19 pandemic, they would have been married. This year, Alia told NDTV, "I am married to Ranbir in my head." He said later in a separate interview to NDTV, "Alia and I have all intentions of getting married."

Meanwhile, on the work front, the couple will be soon seen in Ayan Mukerji's Brahmastra. It will be the first time they will be seen onscreen.