After Thugs Of Hindostan's Failure, Fatima Sana Shaikh Says, 'Every Setback Is A Learning Experience'

"My first film was Dangal and that got so much love and Thugs Of Hindostan did not, I did feel bad," said Fatima Sana Shaikh 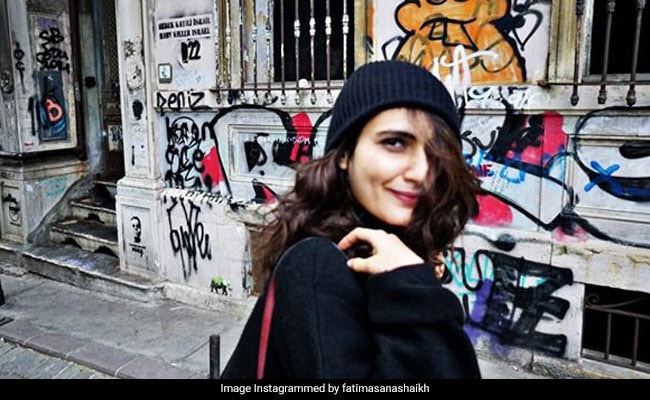 "The focus is on content," said Fatima (courtesy fatimasanashaikh)

In a span of two years, Fatima Sana Shaikh has tasted both success and failure with her films Dangal and Thugs Of Hindostan, respectively. The actor says that the fate of her movies on the ticket window has taught her that audience will always connect with a good script. Fatima, who started her Bollywood career as a child actor in Chachi 420, said she does not understand the "business of filmmaking" but recognises the importance of good content. "I do not follow the business of filmmaking. I do not understand bankability. We are lucky as today there is so much new content available, also producers are backing new talent. It creates a lot of opportunities."

"The focus is on content and if the script is bankable then it does well. People have realised that a good script does win hearts," Fatima told PTI.

The actor received critical acclaim for her portrayal of wrestler Geeta Phogat in Aamir Khan-fronted Dangal. Her second film Thugs Of Hindostan, however, did not work at the box office. Fatima said dealing with the failure was really hard for her. "There were huge expectations from the film. It is very unfortunate and sad. My first film was Dangal and that got so much love and Thugs Of Hindostan did not, I did feel bad. This was something new to me."

"I am someone who goes through reviews before watching a film. When I saw the reviews and they were brutally honest and I do understand that. I was like just be little nice."

The film, directed by Vijay Krishna Acharya, also featured megastar Amitabh Bachchan, Aamir and Katrina Kaif. Fatima said the team had a great time while filming the project, but was heartbroken when audiences could not connect with the movie. "Something did not work out with the film and people did not enjoy it as much as we wanted them to. It is ok. I have taken it as a bitter-sweet journey."

"We make films for audience and what they feel about the film they should be honest and they have the freedom to say that. As actors we should have the dignity to accept it and not question them."

Fatima said as an actor, her aim will always be to give her 100 per cent to a role. "I want to still work. It has taken out lot of time for me to reach here. I have faced lot of rejection, heard lot of not-so good things about me."

"It has taken a long time for me to reach here and every moment matters to me. Every setback is a learning experience and I just want to move ahead. No matter what happens. Even if I give ten flop films. I will still continue work."

The actor said she wants to work with different directors and explore herself as a performer. "I can't be too careful about work and until and unless I don't take risk I won't be able to explore myself as an actor neither would I be able to collaborate with other talented people," she said.

(Except for the headline, this story has not been edited by NDTV staff and is published from a syndicated feed.)
Comments
fatima sana shaikhthugs of hindostan