After Posting A Pic From Her "Favourite Spot," Ira Khan Thought Of A "Better Caption." So She Did This

"I just thought of a better caption," Ira Khan wrote while sharing the photo again on Instagram 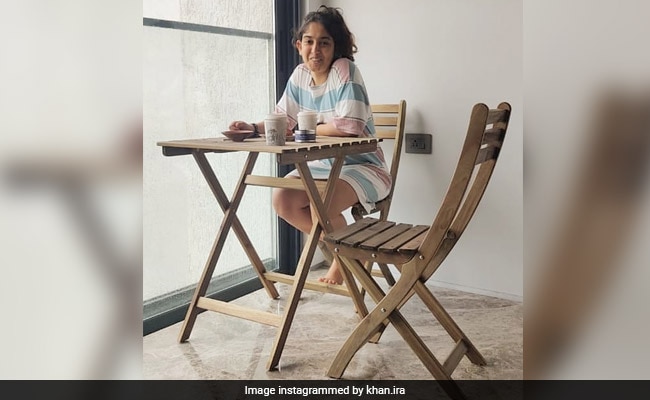 Aamir Khan's daughter Ira Khan loves to post pictures of herself with quirky and ROFL captions and we got an example of the same on Tuesday. In case you are wondering what we are talking about, here's what happened. Ira initially shared a photo of herself enjoying her "morning routine" at her "favourite spot." In the photograph, she can be seen happily posing for the camera while enjoying her coffee. Sharing the photo, Ira first captioned it: "Everyone should have a favourite spot." However, she wasn't that happy with her caption, so she posted the photo again with a "better caption." This time, Ira wrote: "I just thought of a better caption - if you can't go to a coffee shop, bring the coffee shop to you." Really nice, Ira Khan.

And here's what she shared after thinking of a "better caption": 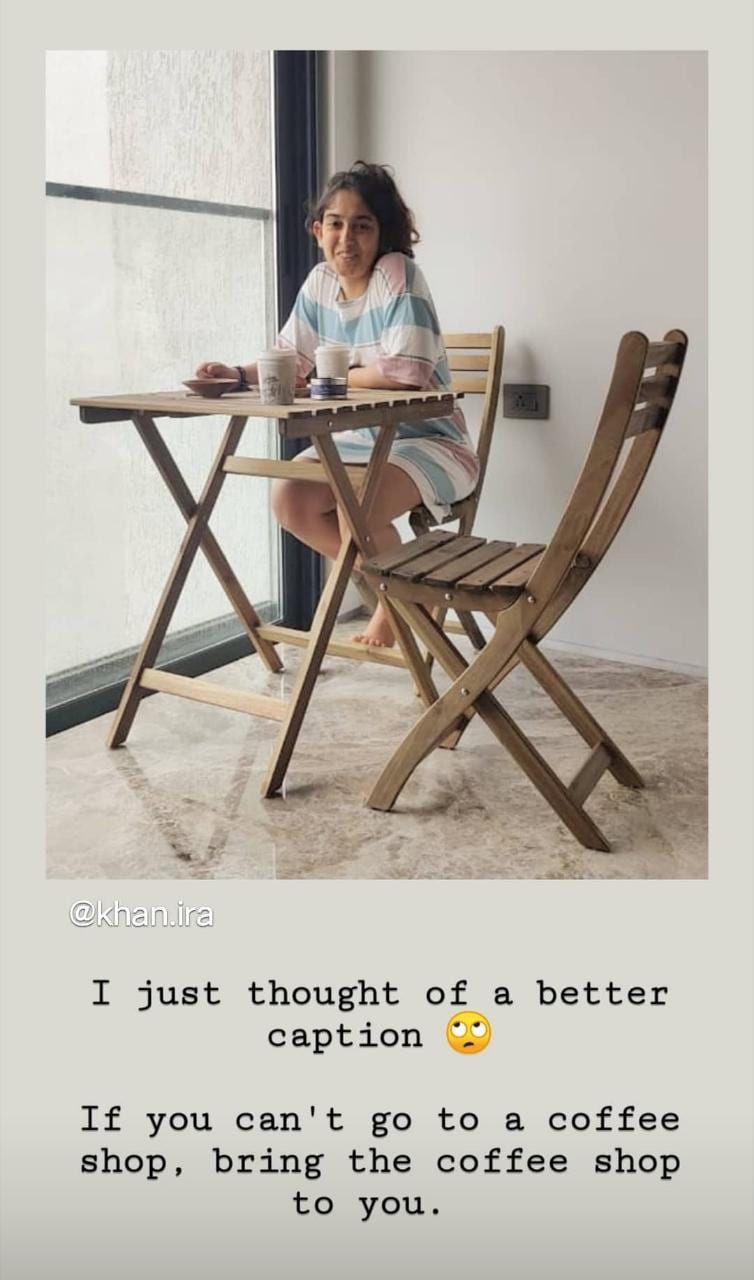 Ira is the younger of Aamir Khan's two children with his first wife Reena Dutta. The Dangal actor is now married to filmmaker Kiran Rao, with whom he has a son named Azad. We often get glimpses of Ira and Azad's fun-filled moments on her Instagram.

Ira Khan made her directorial debut with a theatrical adaptation of Euripides' Medea, a Greek tragedy originally written by Euripides. Medea featured actress Hazel Keech in the lead role. The cast of Ira's play also included her brother Junaid and actors Varun Patel, Sabreen Baker and Divyesh Vijayaka. It premiered in different cities across India in December last year.