The film is a remake of the Hindi film Andhadhun. 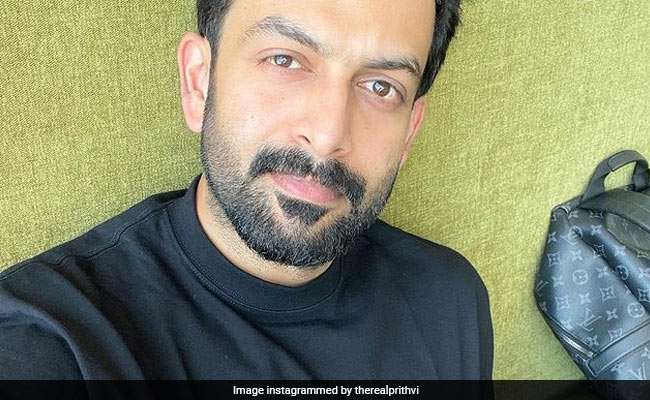 Actor Prithviraj Sukumaran is on a roll. One might think that the actor must be basking in the positive feedback coming his way for his film Cold Case that released today, but Prithviraj is not one to rest on laurels. He is, on the contrary, ready to immerse himself in some more work and this is evident from his latest Instagram photo. The 38-year-old shared a selfie on Wednesday and said that he is now back at work after the lockdown that was instated in parts of the country earlier this year. Dressed in a T-shirt, we have to say that the actor looks dapper as ever.

So what film is he working on? Well, Prithviraj is on his way to shoot the final scene of his much-awaited movie, Bhramam. Sharing the selfie, he wrote, "Back to work after the 2021 lockdown. Off to shoot the tale end scene of Bhramam!"

The actor also shared the same image of his Instagram Stories and wrote, "Off to work," followed by an aeroplane emoji, making us wonder if the scene is being shot in a foreign location. 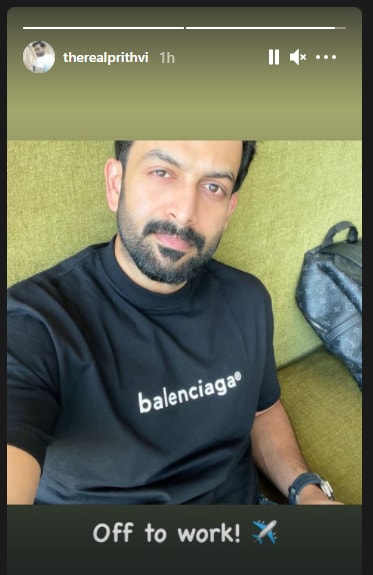 Bhramam is being helmed by ace cinematographer and director, Ravi K Chandran. It is a remake of the hit Hindi film Andhadhun, which was directed by Sriram Raghavan and featured Ayushmann Khurrana and Tabu in lead roles. Bhramam, on the other hand, will star Mamta Mohandas, Unni Mukundan and Raashii Khanna in pivotal roles.

The team of Bhramam has been sharing images from the sets, keeping fans hooked to all the developments. Earlier, they had shared a still from the film where Prithiviraj is seen sitting by a window and looking out with a newspaper and phone in hand.

A while ago, Prithviraj also posted an image from the sets on his feed. Sharing a stunning shot of himself sitting in front of a piano, the actor wrote, "Brahmam Pack up. Was a privilege to work with Ravi K Chandran. PS: This is a screengrab from one among the umpteen spectacularly shot scenes in the film."

Prithviraj is the son of veteran Malayalam actors Sukumaran and Mallika Sukumaran. He is known for his roles in Classmates, Ayalum Njanum Thammil,Ennu Ninte Moideen, and Indian Rupee. Prithviraj made his directorial debut with the Mohanlal film Lucifer and was last seen in the role of a police officer in the film Cold Case.