Ekta Kapoor wrote, "Because it happened at the event of our film, we, as the producers would like to apologize for this untoward incident." 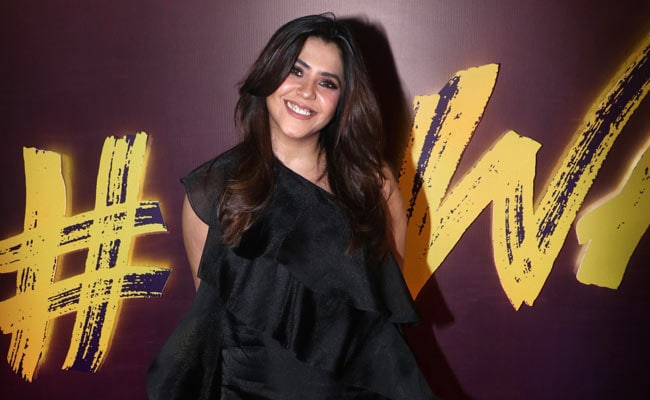 Balaji Telefilms head Ekta Kapoor's apology will not alter the boycott of actress Kangana Ranaut, the Entertainment Journalists' Guild said on Wednesday. An altercation between Kangana Ranaut, star of Ekta's new film JudgeMentall Hai Kya?, and a journalist snowballed into an ugly controversy this week. After journalists banned coverage of Kangana, Ekta Kapoor wrote in a statement posted on social media, "While the people involved in (the argument) fairly held their own perspectives but because it happened at the event of our film, we, as the producers would like to apologize and express regret for this untoward incident." She also pleaded with the media to 'not let this one incident hamper the team effort that has gone' into the film.

On Wednesday night, the Entertainment Journalists' Guild responded to Ekta Kapoor's apology and offered to extend full support to the film JudgeMentall Hai Kya? However, the fraternity stated that Kangana Ranaut's boycott will "persist" till the time the actress doesn't offer a "formal apology."

Yesterday, a delegation from Entertainment Journalists' Guild of India told Ekta Kapoor that Kangana Ranaut would receive no media coverage until she apologises - the actress' sister has tweeted that an apology from Kangana is out of the question.

#JudgeMentallHaiKya ! Love and respect to all

The journalists' body later issued a statement of their own saying that while they 'appreciate Ekta Kapoor's support and standing for what is right,' they would 'continue the ban on Kangana Ranaut across all media platforms,' Times Of India reported.

On Sunday, an event to launch a song from JudgeMentall Hai Kya? spiralled into a messy exchange of recriminations when journalist Justin Rao attempted to direct a question to Kangana Ranaut. In response, she accused him of running a 'smear campaign' against her and her last film Manikarnika. Video footage of the argument went viral:

In a letter written to Ekta Kapoor yesterday, the journalists body wrote: "We, as a guild, have collectively decided to boycott Ms Ranaut and not give her any media coverage." The boycott will not affect the film or the rest of the cast, which includes actor Rajkummar Rao, the letter said.

JudgeMentall Hai Kya? has been mired in controversy for weeks; a potentially incendiary box office clash with Hrithik Roshan's Super 30 was averted when he voluntarily rescheduled the release of film and then, the original title was changed from Mental Hai Kya after widespread criticism.