Kangana Ranaut Will Not Apologise, Tweets Sister Rangoli Chandel After Row With Journalist

The media want Kangana Ranaut to apologise after the video of heated argument with journalist Justin Rao went viral. 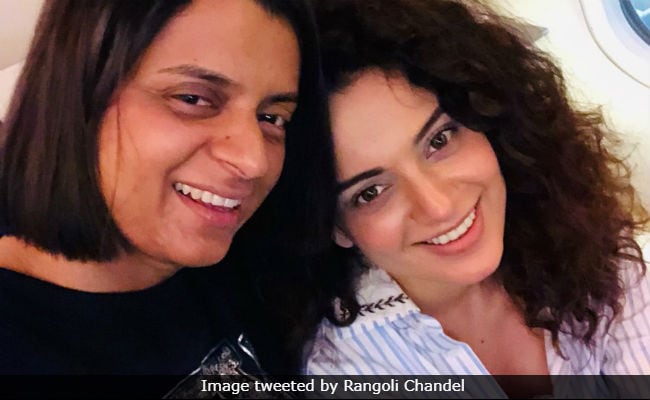 The media want actress Kangana Ranaut to apologise after she tangled with one of their own at a film event in Mumbai; she won't, tweeted the actress' sister Rangoli Chandel, who is currently exchanging bitter tweets with journalists from several news outlets. This week, an event to launch a new song from Kangana's upcoming film Judgmentall Hai Kya? was hijacked by a heated argument between the actress and journalist Justin Rao, whom Kangana accused of conducting a 'smear campaign' against her and dissing her previous film Manikarnika. He denied having given Manikarnika bad press and said that Kangana Ranaut 'cannot intimidate a journalist.'

Times of India reports that senior members of the entertainment media will meet Judgmentall Hai Kya? producer Ekta Kapoor today and demand an apology from Kangana Ranaut; in the absence of one, they plan to boycott promotions of the film, which releases later this month.

Judgmentall Hai Kya? already has enough controversy to its name - first, a potentially acrimonious box office clash with Hrithik Roshan's Super 30 was averted when he voluntarily rescheduled his film; then, the film's original title of Mental Hai Kya? was changed after backlash. The film co-stars Rajkummar Rao and releases on July 26.