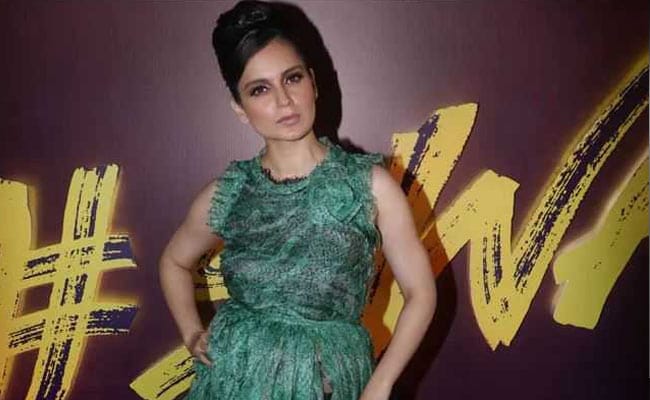 Days after Kangana Ranaut had a heated argument with a journalist at a film event, a delegation from the Entertainment Journalists' Guild of India told producer Ekta Kapoor that they would be boycotting the actress, reports news agency PTI. The delegation also demanded that both Ms Ranaut and Ms Kapoor apologise. Ekta Kapoor, who produces Kangana Ranaut's new film Judgmentall Hai Kya?, said she would issue an apology and that she regretted the altercation that took place at an event to launch a song from the film last Sunday in Mumbai. Kangana Ranaut's sister Rangoli Chandel, also her manager, has roundly rejected a possibility of an apology from the actress, however.

"We, as a guild, have collectively decided to boycott Ms Ranaut and not give her any media coverage," the delegation of journalists said in its letter to Ekta Kapoor, adding that the boycott will not affect the film or the rest of the cast, which includes actor Rajkummar Rao. Kangana Ranaut, the letter says, will not be given any media coverage until she apologises for accusing journalist Justin Rao of running a 'smear campaign' against her.

At Sunday's event, Kangana Ranaut ripped into Justin Rao as he began asking her a question, accusing him of ridiculing her film Manikarnika and giving it bad press. He denied having done so and said she 'cannot intimidate a journalist.' Video footage of the spat went viral.

Judgementall Hai Kya? has already steered through a fog of controversy: first, Hrithik Roshan averted a potentially incendiary collision at the box office by voluntarily bringing forward the release of his film Super 30; then, the original title of the film was changed from Mental Hai Kya after criticism.

Judgementall Hai Kya? will open a couple of Fridays from now on July 26.