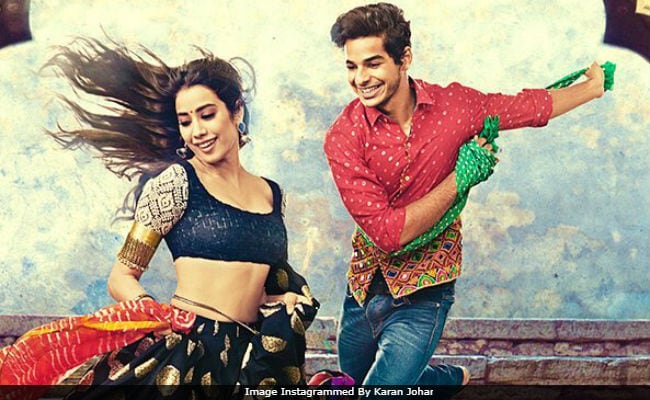 New Delhi: The makers of Janhvi Kapoor and Ishaan Khatter's Dhadak have reportedly issued a no-phone policy on set after some scenes from the work-in-progress film were leaked online. mid-day reports that Dhadak producer Karan Johar decided to ban mobile phones on the set. He, along with director Shashank Khaitan, are taking required steps to keep Janhvi and Ishaan's look under wraps. The crew members will now reportedly hand over their phones before entering the set. "When the team found out about the leaked videos on Saturday night, it promptly reached out to Instagram Help Center and managed to pull one of them down. But it was too late to block the other one, as it had been circulated widely by Janhvi and Ishaan's fan clubs by then. The video was from the Jaipur schedule of Dhadak that took place a few months ago," a source from Karan Johar's Dharma Productions told mid-day.

Of the whole issue, Mr Khaitan told mid-day, "It's unfortunate that people leak footage. We can only do so much to protect our product, but with outdoor schedules, it is difficult for us. Everyone around has a camera phone. Kis kis ko roke? It would be nice if people were more supportive."

mid-day reports that in the leaked clips, which were circulated widely on social media over the weekend, Janhvi and Ishaan were seen shooting near a river bank. The other one featured only Janhvi in a green sari. She resumed shooting for Dhadak last week.

A picture of Janhvi from the set also went viral. 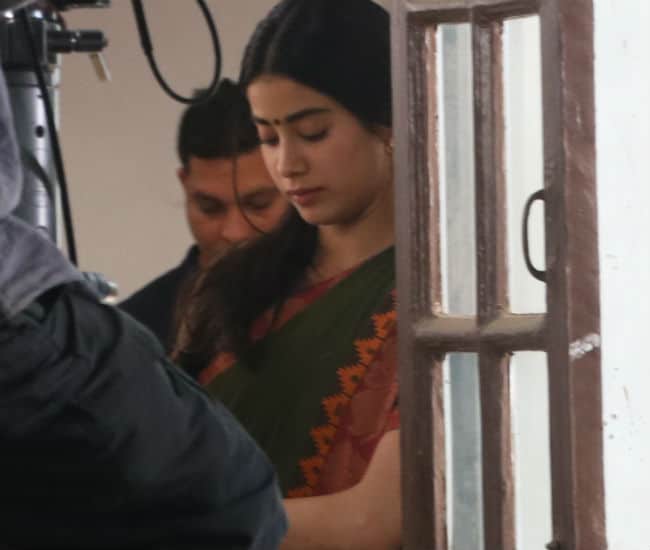 Dhadak is currently being shot in Mumbai. It is remake of 2016 Marathi blockbuster Sairat. "Since the film is a remake of Sairat, the plot is already known. So, it is crucial for Shashank to guard the film's look to keep the mystery around the movie alive. Since many scenes are being shot outdoors, the producers are working on procuring permissions to cordon off the area where they are shooting. After all, the videos in question were leaked by the fans who had queued up on set," a source from the crew unit told mid-day.

Dhadak is Janhvi's debut film. She is the daughter of late actress Sridevi, who died in Dubai last month. Dhadak releases in July.

Earlier, mid-day reported that actor Anil Kapoor adopted a no-phone policy on Fanne Khan's set so that he remained focussed on his character. Filmmaker Sanjay Leela Bhansali also doesn't allow his team to carry their mobile phones on the sets of his films. The decision was taken after a few images from 2013's Ram Leela, featuring Deepika Padukone and Ranveer Singh were leaked.
Comments
Dhadakdhadak janhviishaan khatter