After China, Ayushmann Khurrana And Tabu's AndhaDhun To Release In South Korea 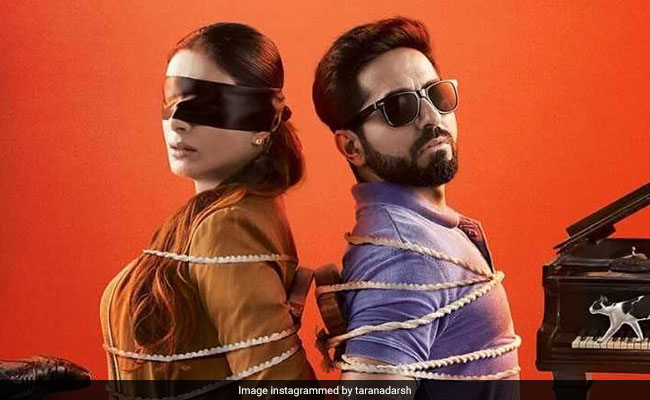 Ayushmann Khurrana's AndhaDhun is going places, literally. After enthralling Indian and Chinese audience, the film is all set to entertain the audiences in South Korea. The film, which features Ayushmann Khurrana in the lead role, will open in theaters in South Korea on August 28 this year. Bollywood trade analyst Taran Adarsh shared the news on his social media profile and he wrote: "After a superb run in China, AndhaDhun to release in South Korea on August 28, 2019." Taran Adarsh also shared the poster for the local markets and revealed that the film will open in over 90 screens in the country.

Take a look at the AndhaDhun poster for the South Korean audiences here:

AndhaDhun had a impressive run at the Chinese box office. The film crossed the Rs 300-crore-mark in China within three weeks of its release in the country. The film even emerged as the third highest grossing Indian film in China.

The film's impressive performance at the Chinese box office didn't come as much of a surprise to us, keeping into consideration its great performance at the Indian theaters. AndhaDhun opened in Indian theaters in October and it emerged as a hit. The film even received a National Award for Best Actor for Ayushmann Khurrana's performance and the Best Adapted Screenplay Award. The film was directed by Sriram Raghavan and it also featured Radhika Apte in a pivotal role.