"Love you Shilpa. Your call meant everything. You know why," Masaba Gupta wrote in her thank you note 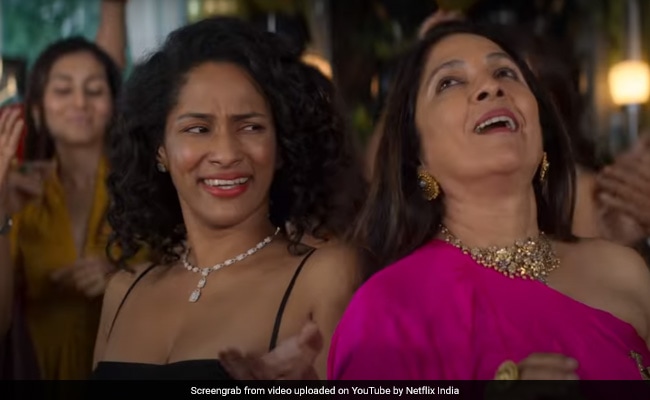 Masaba Gupta and Neena Gupta in a still from Masaba Masaba. (courtesy: YouTube )

Masaba Masaba, a Netflix original, is winning hearts and how. After Hrithik Roshan, Shilpa Shetty joined the list of fans of the show. Besides calling Masaba Gupta, the actress she also wrote an appreciation note for the designer on her Instagram story, which read: "What a surprise package you are Masaba Gupta. This was such an amazing binge-watch for me. I laughed, cried and got into some deep thinking too." Shilpa also praised Masaba's mother and veteran actress Neena Gupta's performance and she added, "Neena ji was brilliant as always. Loved Masaba Masaba. Take a bow." Masaba Gupta replied to Shilpa Shetty's appreciation post with these words: "Love you Shilpa. Your call meant everything. You know why." 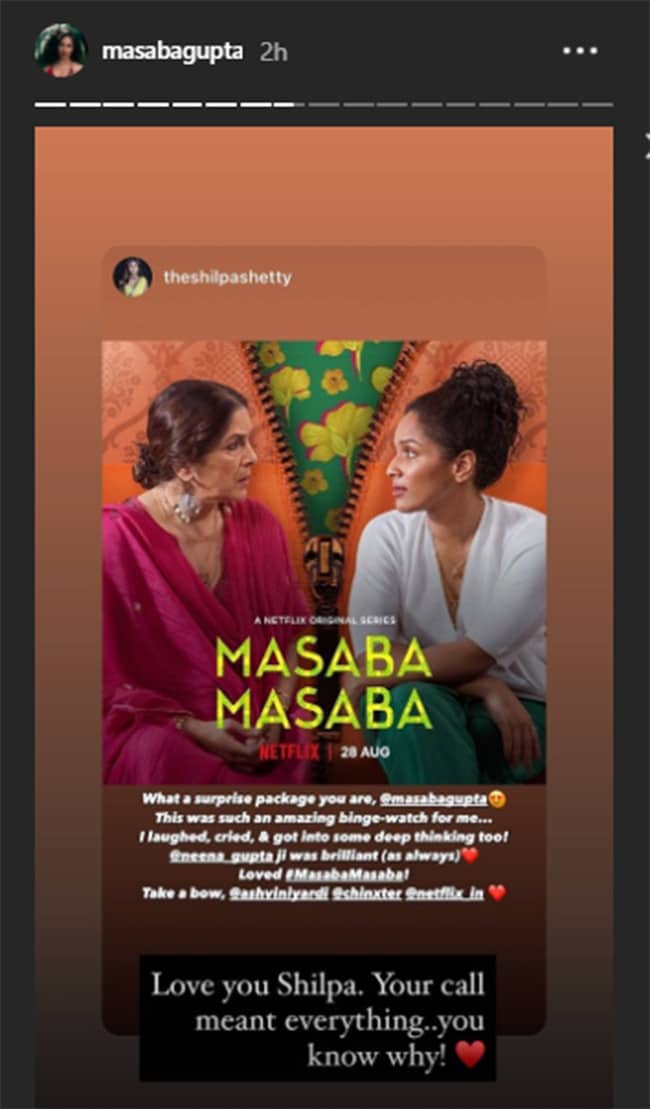 On Monday, Hrithik Roshan gave a big shout out to Masaba Masaba and tweeted: "What an entertaining watch, take a bow the super talented women behind the show. Waiting for Season 2 to drop."

What an entertaining watch, take a bow the super talented women behind the show waiting for Season 2 to drop! #MasabaMasaba@Neenagupta001@MasabaG@AshviniYardi@chink_ster

Masaba Masaba released on August 28 on streaming giant Netflix. The semi-fictionalised show is inspired by the lives of Masaba Gupta and her actress-mother Neena Gupta. It has been directed by Sonam Nair and has been produced by Ashvini Yardi.

Speaking of Masaba Masaba, in an interview with PTI, Masaba Gupta said, "For the longest, I thought it was a reality show and I was a bit skeptical, but that's when she told me it is a scripted series. I thought it would be a super fresh territory for India and a completely new show for our TV."

Masaba Gupta is the daughter of veteran actress Neena Gupta and former West Indies cricketer Vivian Richards. She made her TV debut with the reality show MTV Supermodel Of The Year, where she featured as one of the judges.