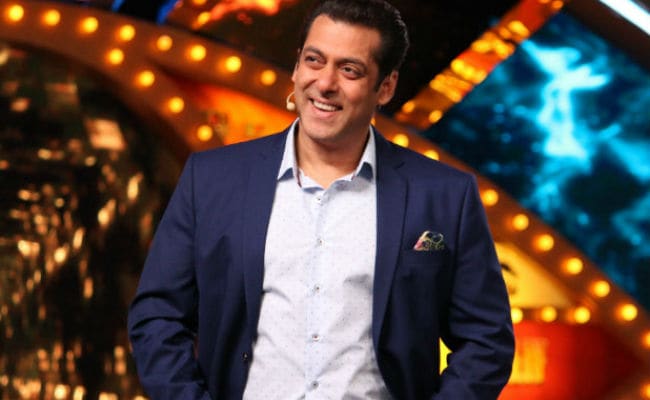 New Delhi: Game show 10 Ka Dum, hosted by superstar Salman Khan, is soon coming on television with a brand new season, reports news agency IANS. But on asking whether Salman, who is currently busy with Bigg Boss 11, host the new season again? Danish Khan, Sony Entertainment Television's Executive Vice President and Business Head said, "10 Ka Dum is coming very soon. I will answer you in a way by saying you tell me who else can it come out with? So, if you're asking me who is doing 10 Ka Dum... (My answer is) Is there anyone else who can do 10 Ka Dum."

The first season of 10 Ka Dum aired in 2008 and the next one in 2009. Celebrities like Yuvraj Singh, Aamir Khan, Govinda, Ranbir Kapoor, Akshay Kumar, Rani Mukerji, Kareena Kapoor, Katrina Kaif, Ajay Devgn and others have featured on the show as guests in the first and second season respectively. 10 Ka Dum is an Indian version of the popular international reality game show Power of 10.

Danish Khan also told IANS it will be an ambitious concept for the channel. "This time, with Kaun Banega Crorepati, we created a kind of world record as 3 crore people played KBC on mobile. That was our first attempt at getting a second screen -- a mobile -- in play for the television. We believe 10 Ka Dum will be the biggest interactive show that we have ever done. For Sony, it will be the most ambitious TV, plus second screen experience for consumers," he said. The official announcement about the host will come within a month's time, Mr Khan added.

Promoted
Listen to the latest songs, only on JioSaavn.com
Salman Khan has been continuously hosting Bigg Boss since season 6.