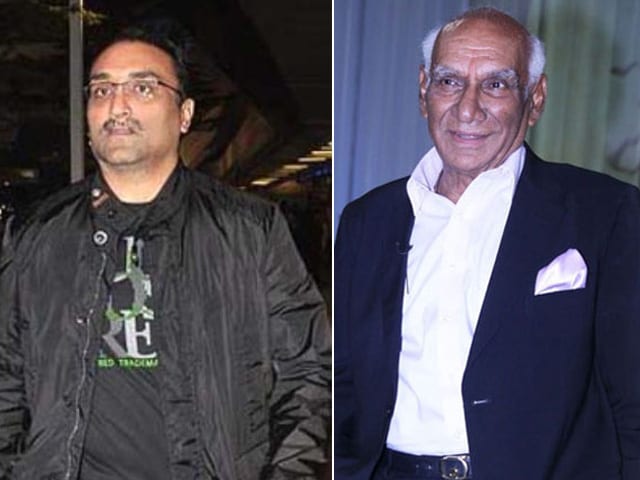 Mumbai: Aditya Chopra is returning to film direction after seven years with Befikre and he chose September 27, his father and veteran filmmaker Yash Chopra's 83rd birth anniversary to make a formal announcement about the project. He calls it his "riskiest" and "youngest" film. "With the blessings of my father, on his 83rd birth anniversary, I'm announcing my next directorial venture after seven years," Aditya shared via an e-letter issued to the media on behalf of his home banner Yash Raj Films (YRF).

The unique e-letter also features an "imaginary conversation" between Aditya and his father, whom he still considers as his "Go to Guy".

Aditya, who last directed Rab Ne Bana Di Jodi in 2008, admits in the letter that his father always wanted him to direct the "biggest films of YRF" and this new project is "not that".

He has also shared that Befikre will "probably not" have the potential to be as successful as his earlier films which includes Dilwale Dulhania Le Jayenge and Mohabbatein, but has admitted that he absolutely loves the "light hearted romnce."

"I started writing it for fun while I was writing my most ambitious script. I thought I'll give it to one of my directors and I'll just produce it. But I enjoyed writing it so much that I knew half way that I'm going to direct it myself," the reticent Aditya tells his father in the imaginary conversation.

And so, it doesn't quite bother Aditya even if the movie does not mint Rs 100 crores or Rs 200 crores at the box office.

In fact, he says that one of the reasons he wants to make this film is "to free myself of this burden".

"I don't want to keep trying to better my films. I want to make what makes me happy and I'm sure if I do that well, the numbers will follow," he wrote.

To that, the late Yash Chopra - who passed away three years ago after the completion of his last project Jab Tak Hai Jaan - tells his elder son in their conversation: "Make it with conviction and make it fearlessly - Befikar ho ke"

The film's tagline - "Those who dare to love" - indicates that love will be the core element in Aditya's new film. (Also Read: Starry Sabbaticals: Arjun, Parineeti Take a Break. Here's Why)