Adah Sharma Says For 'Non-Film Person,' Getting First Movie Is Most Important 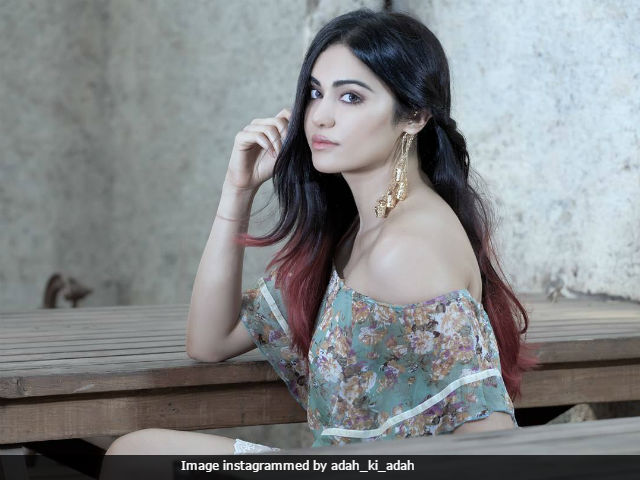 New Delhi: Adah Sharma, whose film Commando 2: The Black Money Trail released in theatres on Friday, told news agency PTI that signing the first film is the biggest struggle. Adah Sharma made her Bollywood debut in 2008 with Vikram Bhatt's 1920 along with Rajneesh Duggal. The actress told PTI: "My main concern was to get a film, rest of the process I totally enjoy. For a non-film background person like me, the most important thing was to get a film in the first place. There is no rule book. Once you get the first film, the happiness begins."

Adah Sharma has also featured in films such as - Phhir, Hum Hai Raahi Car Ke, Hasee Toh Phasee. She told PTI: "I think I've been fairly lucky in the sense that the audience have accepted me even after doing a horror film. But I think it was difficult for people to slot me. It was a period film, the look was different and it was horror. I did everything possible which was required in that genre. Which is why I didn't sign any other horror movie after that. I will return to it only if it offers me something new which I haven't done already."

Adah Sharma portrayed the role of a possessed woman in the film 1920. She was critically praised and she won the Filmfare Award for Best Female Debut nomination.

Adah Sharma, who has also starred in several films down south, said that she is 'proud' of her work. She told PTI: "I am fortunate that I got to do different things in South. A film of mine is getting remade here (Kshnam), people are following my work there. I have got a good body of work in South and I am proud of it. That is making people aware of my capabilities."

Promoted
Listen to the latest songs, only on JioSaavn.com
Adah Sharma, who was last seen in 2014 movie Hasee Toh Phasee, made her comeback to Bollywood after a gap of 3 years with Commando 2: The Black Money Trail. The film, directed by Deven Bhojani, is a sequel to the 2013 film Commando: A One Man Army.