Actor Himansh Kohli On Break-Up With Neha Kakkar: 'I Still Respect Her'

"Whatever happened has happened. I can't change it now," said Himansh Kohli 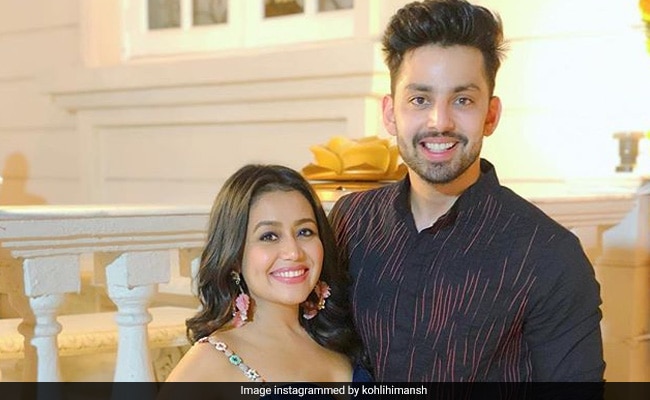 Actor Himansh Kohli, in an interview with Hindustan Times, said that he "still respects" his ex-girlfriend, singer Neha Kakkar, and wishes only "happiness and good health" for her. It's been a year since Himansh Kohli and Neha Kakkar parted ways and the actor has now finally opened up about his feelings for the Coca Cola singer. Speaking to the publication, Himansh Kohli said he has no grudges against Neha and added: "I never felt like talking about it. Whatever happened has happened. I can't change it now. I still respect and wish the best for Neha. In bad times, we don't stop respecting each other. She's a fabulous artist and a wonderful person. I just wish that she gets whatever she wants in life and blessed with happiness and good health."

Neha Kakkar and Himansh Kohli had confirmed their relationship on the sets of reality show Indian Idollast year, where Neha was one of the judges. However, in January this year, Neha Kakkar announced their separation via multiple Instagram posts, in which she also wrote about battling depression post her break-up with Himansh. Following this, Himansh was criticised on social media for reportedly cheating on Neha but she came to his defence and tweeted: "Yes, I said I'm hurt but I never said I got betrayed. When it comes to being Loyal, he's the best. Please stop blaming him."

I read some article online which was Fake & Disturbing. Yes I said I'm hurt but I NEVER said I got betrayed. When it comes to being Loyal, He's TheBest! So plz Stop blaming him & putting Wrong Allegations. We just can't spoil anybody's reputation without even knowing the facts!

Neha Kakkar and Himansh Kohli have performed together to the 2018 song Oh Humsafar last year. When asked if he is ready to working again with Neha, Himansh said: "Why not? Why will I say no to good work? If good offers come our way, as a professional, I'd definitely work with her. Our song, Oh Humsafar, was a huge hit and got millions of views. People still say nice things about it. So, I will never say no to working on an interesting project with Neha."

Talking about his career and his love life, Himansh Kohli, who made his Bollywood debut with the 2014 film Yaariyan, said he doesn't have "time for love" and is only focusing on working on new projects. "At this point in my life, I really don't have time for love. I think I should be working now. The focus is on my career," he told Hindustan Times.