Neha Kakkar said: "It is during the bad times that you realise that people can be so negative towards you and that shocked me." 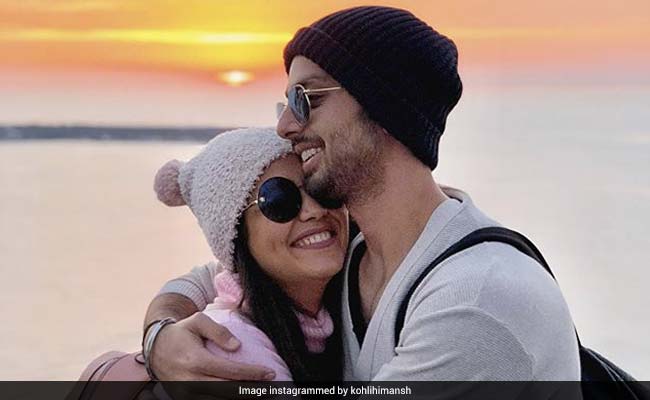 Singer Neha Kakkar, who confirmed her break-up with boyfriend Himansh Kohli via multiple Instagram posts, told Bombay Times that she "regrets" bringing her personal life in public domain. After their break-up, Internet users posted vile comments about Himansh and accused him of cheating on Neha but the singer refuted the rumours as "disturbing and fake." Now, in an interview with Bombay Times, Neha Kakkar said: "I am a very emotional person. Whatever happened in my personal life in the last few months was very unhappy. I regret the fact that I made my personal life so public," reports Times Now.

"It is during the bad times that you realise that people can be so negative towards you and that shocked me. Himansh did nothing to deserve all that (flak). He was nothing like that at all. Still he received so much hatred and negative comments on social media. I won't make the same mistake again. I will not make my personal life public." she added.

In January, Neha shared a series of posts on her Instagram story stating that she was in depression after breaking up with Himansh and she urged everyone to leave her alone. In February, after Himansh was criticised on social media for cheating on Neha, she tweeted in his defence: "Yes, I said I'm hurt but I never said I got betrayed. When it comes to being Loyal, he's the best. Please stop blaming him and putting wrong allegations. We just can't spoil anybody's reputation without even knowing the facts."

I read some article online which was Fake & Disturbing. Yes I said I'm hurt but I NEVER said I got betrayed. When it comes to being Loyal, He's TheBest! So plz Stop blaming him & putting Wrong Allegations. We just can't spoil anybody's reputation without even knowing the facts!

Neha Kakkar is best-known for tracks such as Bhangda Ta Sajda from Veere Di Wedding, Naina from Dangal and Coca Cola Tu redux from Luka Chuppi, among others. Himansh Kohli has starred in films like Yaariyan and Sweetiee Weds NRI. Neha and Himansh co-starred in the music video of Oh Humsafar, produced by Neha's brother Tony Kakkar.