"Walk a mile in my shoes, brother. If you even manage 10 steps I'll be impressed," wrote Abhishek Bachchan 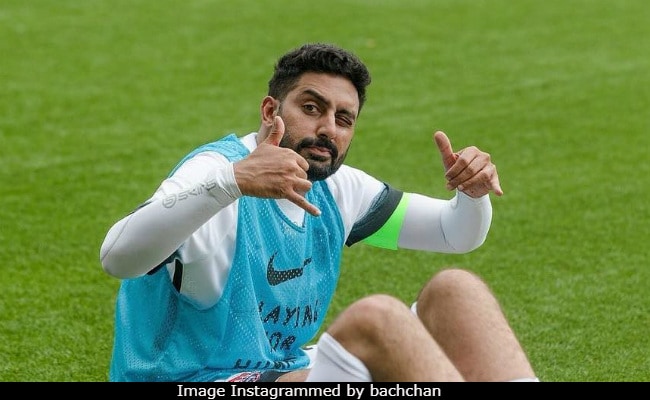 New Delhi: It appears, trolls do have a thing for Abhishek Bachchan but that's nothing to be worried about because Abhishek knows just how to deal with them. After Rajasthan Royals' defeat at Wednesday's Indian Premier League match with Kolkata Knight Riders, a reference to the 42-year-old actor was plugged in in a tweet, which mentioned Stuart Binny. A particular Twitter user wrote: "Stuart Binny is replica of Abhishek Bachchan from Bollywood," drawing a list of similarities between the two before mentioning them as "useless". "Both got into movies/ cricket because of their father," read a part of the tweet. Abhishek Bachchan trolled the troll like a boss and said: "Walk a mile in my shoes, brother. If you even manage 10 steps I'll be impressed. Judging by your tweets don't think you'll make it too far! Spend time improving yourself, don't worry about others. God knows, we all have our own journeys." He also added a zinger in the form of "Get well soon."

Stuart Binny is the son of former India cricketer Roger Binny and is married to sports presenter Mayanti Langer. Stuart Binny had a poor outing at the ongoing Indian Premier League so far with his team Rajasthan Royals not making it to the play-offs.

Walk a mile in my shoes, brother. If you even manage 10 steps I'll be impressed. Judging by your tweets don't think you'll make it too far! Spend time improving yourself, don't worry about others. God knows, we all have our own journeys. Get well soon.

Following Abhishek's response, "apologies" were offered to the actor and said the tweet was apparently "just for fun."

Ab that was just for funn.. Ur one of the koolest person , even I have seen tera jadu chalgya in theatres, I like the way u dress in suits, that was a joke and apologies if you feel bad, I agreed the pressure you or sachin tendulkars son has no normal person can bear.. Apologies

Promoted
Listen to the latest songs, only on JioSaavn.com
Abhishek and his wife Aishwarya Rai Bachchan share the same house as megastar Amitabh Bachchan and Jaya Bachchan, which is also often frequented by Abhishek's sister Shweta Bachchan Nanda. Abhishek and Aishwarya are parents to six-year-old daughter Aaradhya.