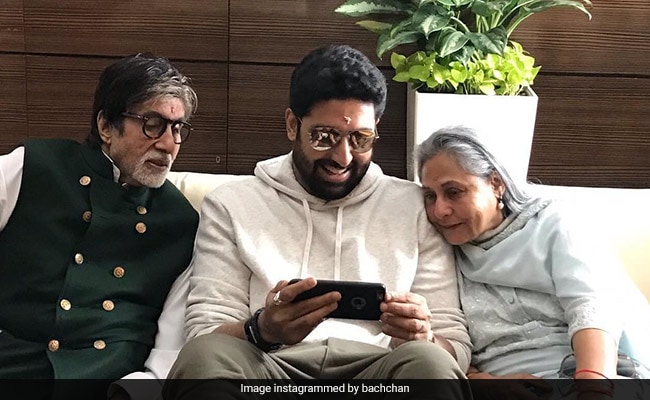 New Delhi: Trolls should have learnt by now that Abhishek Bachchan isn't one to take their mean remarks lying down. In yet another trolls vs the actor incident, the latter came out as the winner for his brilliant yet calm response to someone who tried to mock him for living with his parents. Mr Bachchan's reply is winning Twitter and proves that at the end of the day, it's all about loving your family.

In a tweet posted 12 hours before writing this, the Dhoom actor put a troll in his place for posting this tweet.

This is how Abhishek shut the troll down:

When asked by a fan why he would even reply to a troll, the actor tweeted back saying:

Sometimes
they need to be put in place.

Abhishek Bachchan's superb reply reminds us of this moment way back, when he along with actor and wife Aishwariya Rai Bachchan were interviewed by US television host Oprah Winfrey.

Promoted
Listen to the latest songs, only on JioSaavn.com
The actor's reply to the troll on Twitter has won him a lot of praise from tweeple.

"Abhishek, you don't owe any explanation to anyone on why you chose to live with your parents and not separately. To be with one's parents, to be able to take care of them in their old age is not something which everyone can do. I wish I could be with my parents all the time," writer Sadhavi Khosla commented. "Absolutely agree. I am unable to live with my parents and that is my biggest pain right now," commented a Twitter user.Click for more trending news