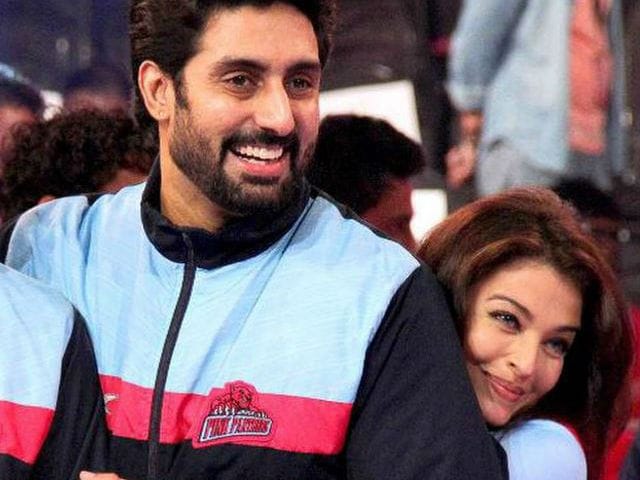 This image was posted on Instagram by Abhishek Bachchan

Mumbai: Actor Abhishek Bachchan does not believe in Karva Chauth, but he has taken off to be with his wife Aishwarya Rai for the occasion, as he respects her decision to observe the day-long fast.

Abhishek, who was present at the opening ceremony of the 17th Jio MAMI Mumbai Film Festival said that he wouldn't be able to watch any films at the gala because he was going to fly with Aishwarya abroad for Karva Chauth.

"I don't believe in it, but if my wife is doing something for my health, then it is my duty to be with her. That's why I will be flying with my wife," he said.

Abhishek was also all praises for Aishwarya's comeback film Jazbaa, which was directed by Sanjay Gupta. The film tanked at the box office.(Also Read: Happy to See Aishwarya Step Out of Comfort Zone, Says Abhishek)

The couple, who have been married for eight years now, have a daughter named Aaradhya. Abhishek said he would also spend Diwali with his family.

"I will be celebrating Diwali playing with my daughter. We will perform puja at home and light traditional diyas," he said.