Aaradhya Bachchan went on a dinner-date with Aishwarya and Abhishek 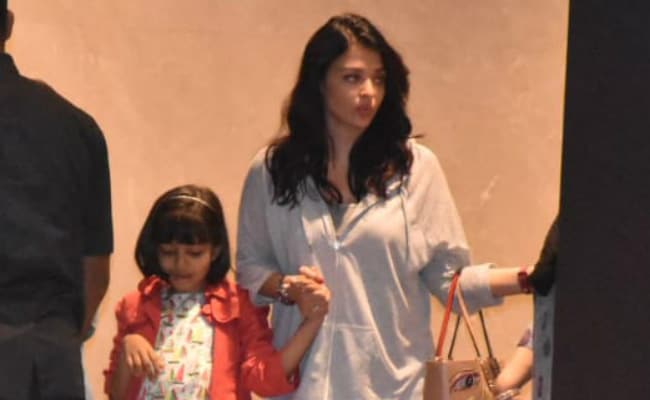 Aishwarya Rai Bachchan and Abhishek Bachchan began their weekend prep with a family dinner at a Mumbai restaurant on Thursday evening. Joining the Bachchan couple on the dinner night were their seven-year-old daughter Aaradhya and Aishwarya's mother Vrinda Rai. Paparazzi waiting outside the hotel spotted Aishwarya escorting Aaradhya out of the restaurant. The 45-year-old actress was perfectly dressed for a summer night in a loose shirt styled with black pants while Aaradhya, who is a fashionista in the making, was cute as a button in denims and a printed top. Aishwarya and Abhishek, who had been holidaying in New York with Aaradhya, returned to Mumbai earlier this month.

Before taking off, Aishwarya, Abhishek and Aaradhya had a quick see-off session with Vrinda Rai - Aishwarya called it a night with a hug while Abhishek escorted Vrinda Rai to her car. Meanwhile, Aaradhya Bachchan, always intrigued by paparazzi presence, waved at them.

Here are pictures from Aaradhya's night out with Abhishek and Aishwarya. 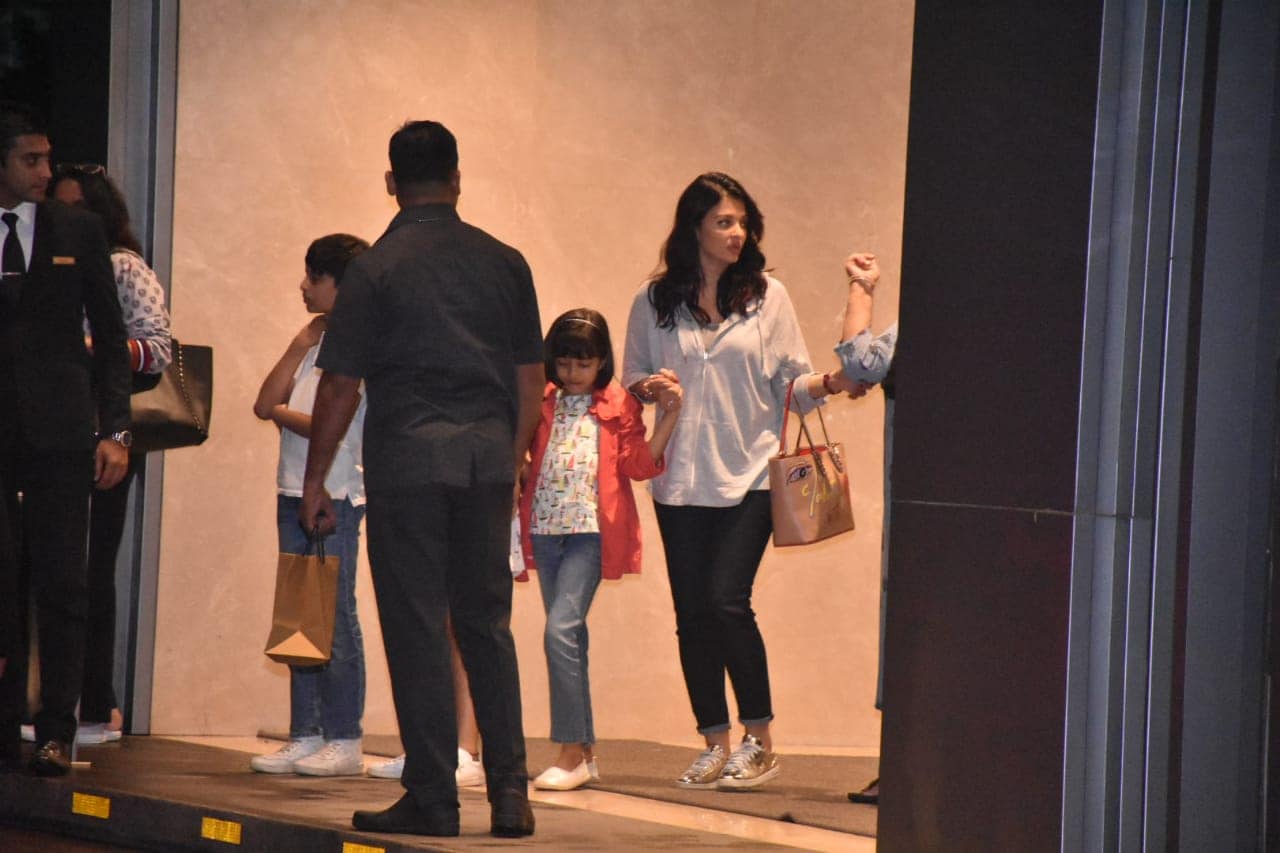 Aaradhya with Aishwarya in Mumbai 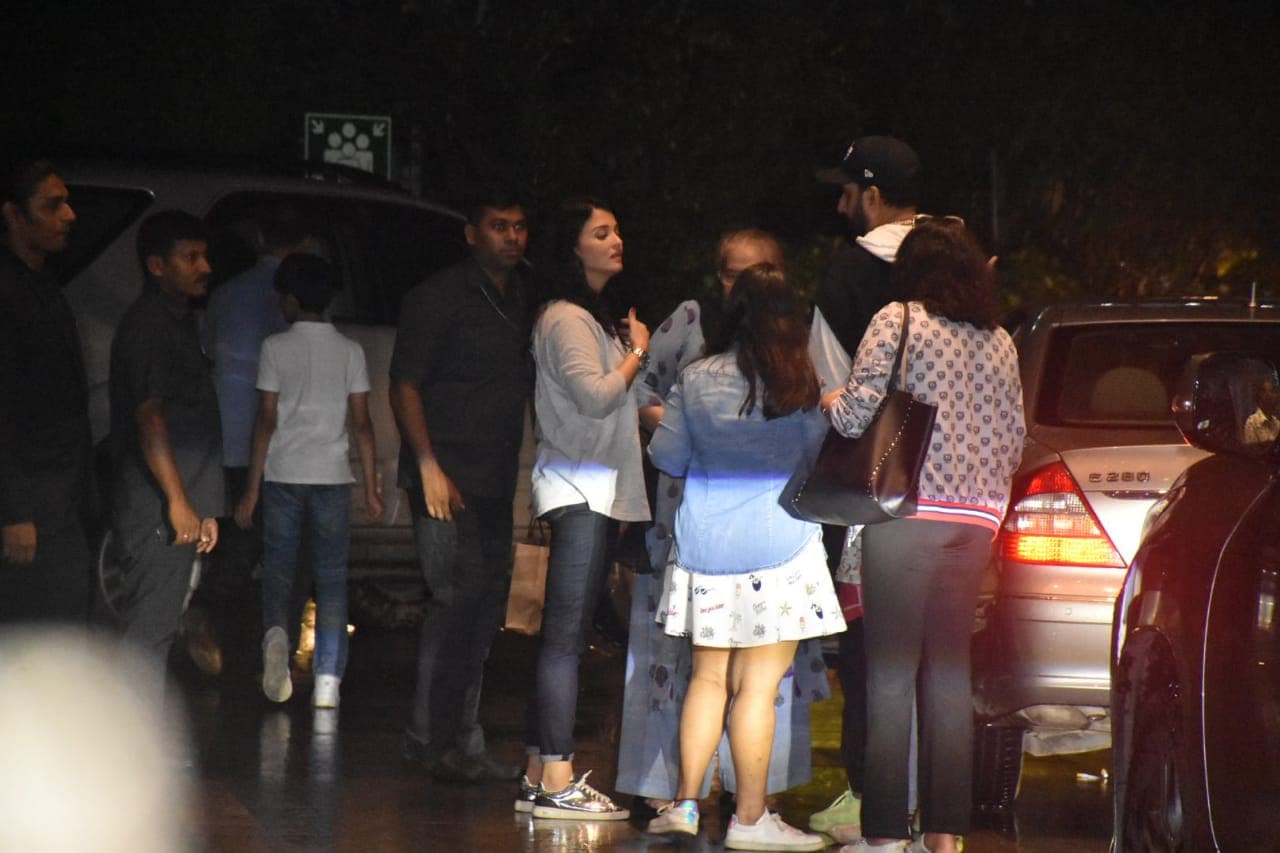 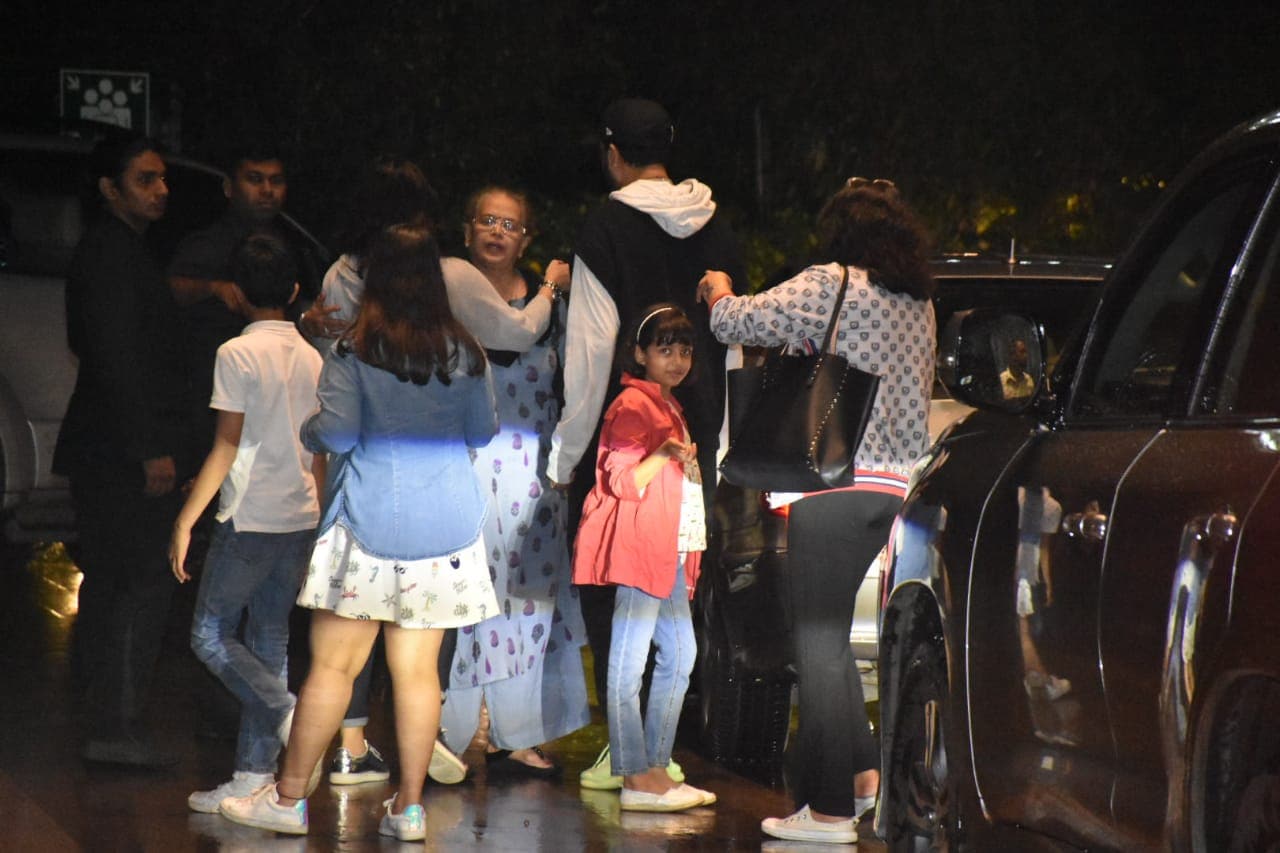 Aaradhya with Abhishek, Aishwarya in Mumbai 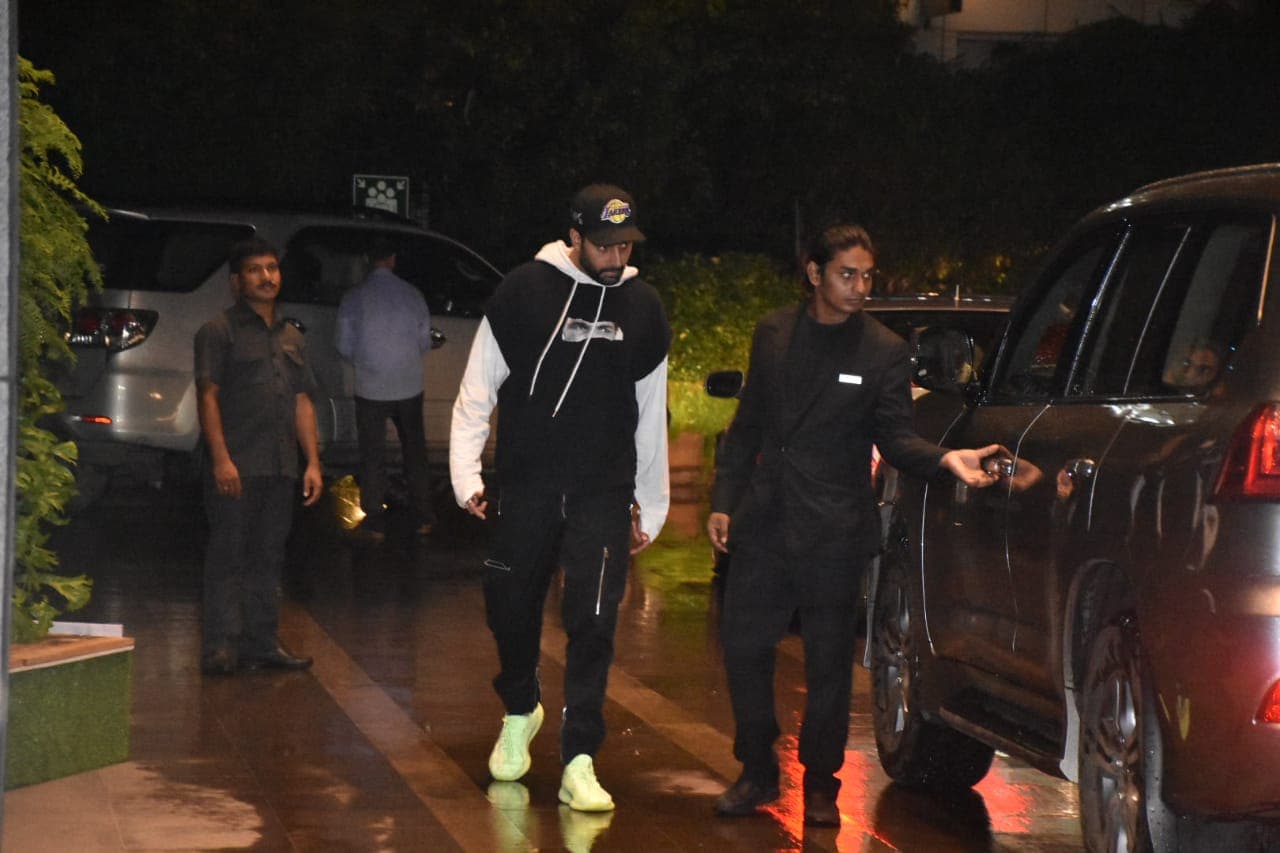 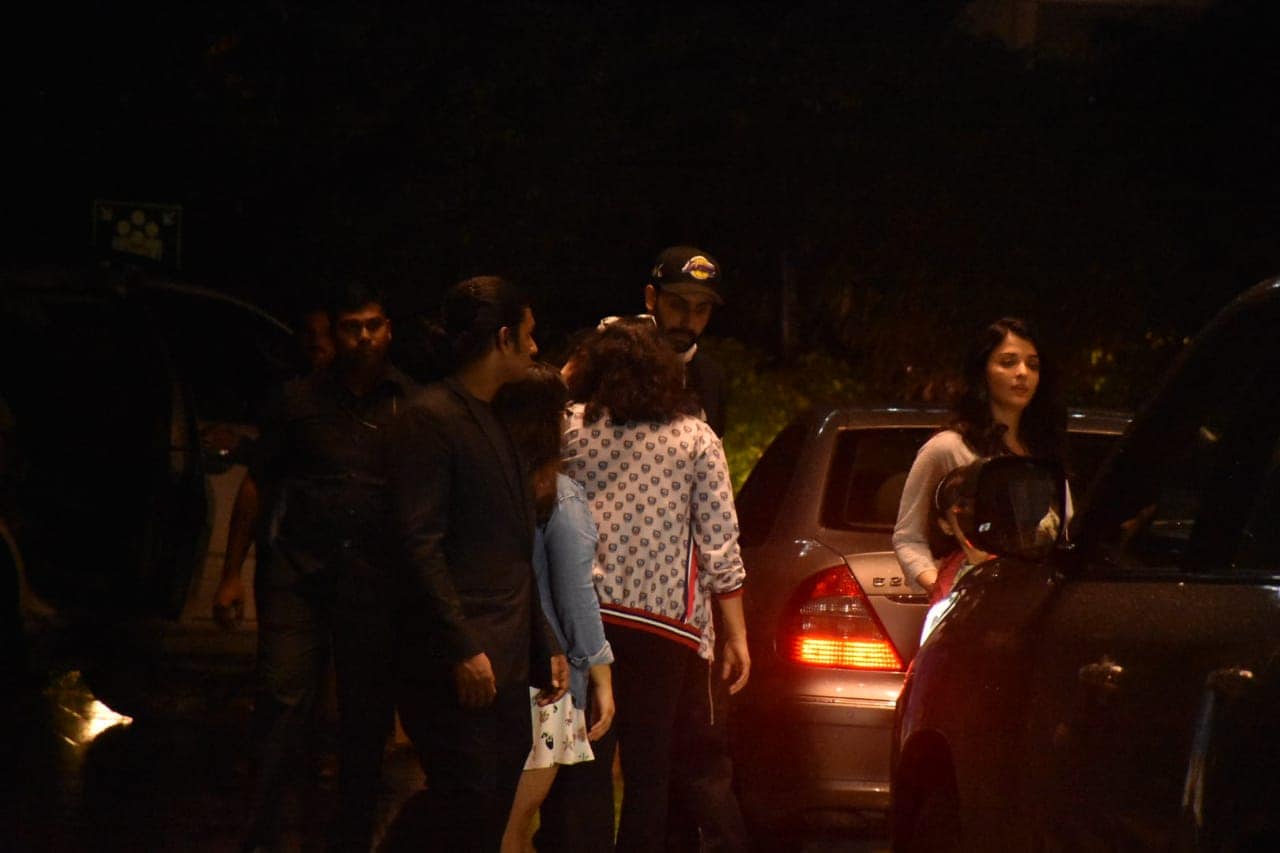 Aishwarya and Abhishek busy in conversation

A post shared by AishwaryaRaiBachchan (@aishwaryaraibachchan_arb) on Jul 22, 2019 at 9:43pm PDT

On the work front, the Aishwarya-Abhishek onscreen jodi will return with Anurag Kashyap's new film Gulab Jamun. Aishwarya has also recently confirmed that she will star in veteran filmmaker Mani Ratnam's next. Aishwarya and Abhishek, co-stars of several films, married in 2007 and Aaradhya was born to them in 2011.