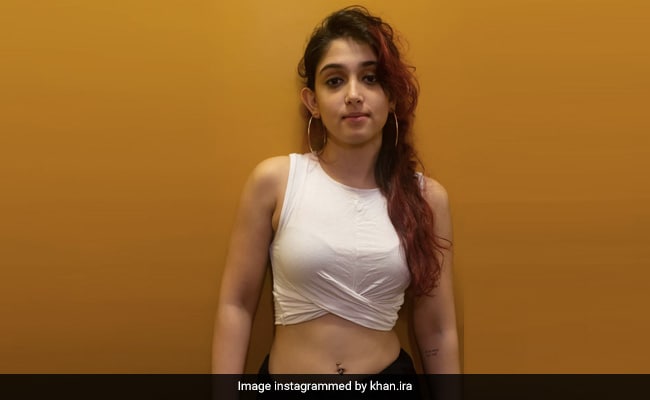 Aamir Khan and Reena Datta's daughter Ira has started a new company - Agatsu Foundation - to "raise awareness about mental wellbeing" and to extend support to those who need help. Ira, who has in several previous posts on her Instagram profile talked about battling depression, announced the news about her foundation on Wednesday and said it is her "attempt of trying to find a balance, of trying to attain equilibrium, to make her life better for herself." Ira's initiative got big shout-outs from her mom Reena, Aamir Khan's wife and filmmaker Kiran Rao, Ira's boyfriend Nupur Shikhare and many other celebs.

In a video posted by the Agatsu Foundation on their official Instagram profile, Ira Khan's family and friends can be seen making quick appearances to say "hi" to Ira and her company. Apart from Reena Datta, Kiran Rao and Nupur Shikhare, the video also features Fatima Sana Shaikh, who co-starred with Aamir Khan in Dangal and Thugs Of Hindostan, and stand-up comedian Rahul Subramanian.

Ira, in the video she shared on Wednesday announcing her company, said: "On my 21st birthday, I got a tattoo. It says, 'if we won't, who will?' It's cheesy and corny, I know but I meant it and I mean it. And today is, I think, my first tangible step at embarking or embracing my tattoo. I have registered a section 8 company called Agatsu Foundation, and it launches today. Agatsu is my attempt of trying to find a balance, of trying to attain equilibrium, to make my life better for me and facilitate you by making your life better in whichever way. Come check us out."

Ira Khan was diagnosed with clinical depression over four years ago. She has, since October last year, shared many videos about her mental health battle and what has helped her heal "from her overall depression."

Ira Khan is Aamir Khan's daughter with his first wife Reena Datta. They are also parents to a son named Junaid, who will soon make his Bollywood debut.