Ira Khan Opens Up About Her "Attempts At Healing From Depression"

"The burn outs are getting longer so now I have to try harder," wrote Ira Khan 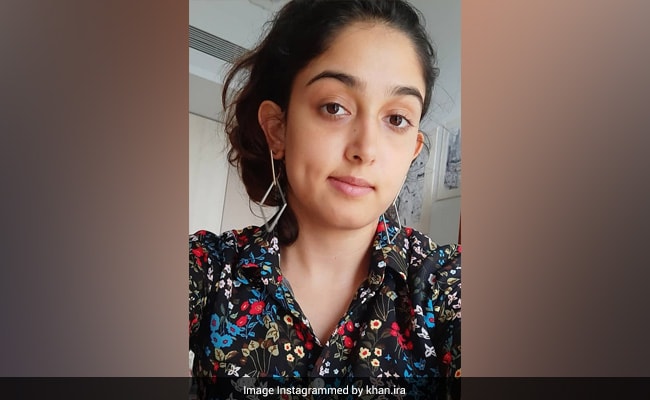 Aamir Khan's daughter Ira Khan, in her latest Instagram entry, opened up about her "attempts at healing from her overall depression." Ira was diagnosed with clinical depression over four years ago. She has, since October last year, shared many videos about her mental health battle and in her latest post, she talked about how her "depression manifests itself" and how when a situation arises, things get piled up and she "crashes." Ira said she has been feeling "better" but due to depression, she feels low time after time. She added that a part of hers feels she is just "overreacting" and doesn't "believe" her. She opened up about her "burn outs" and said she tries to figure out ways to deals with her depression with her therapists.

In her caption, Ira Khan wrote: "There are lots of parts to me. This is conflict between two of them that very seriously effects my attempts at healing from my overall depression. But the burn outs are getting longer so now I have to try harder. The plan is to reduce the frequency and intensity of my burn outs. I don't need to change my entire being and functioning. Working a lot isn't a bad thing, trying to do a lot isn't a bad thing - not always. There's a point after which it gets unhealthy. That's what I need to find. That balance. Because working also brings me joy."

In her previous posts about er mental health, Ira Khan has talked about being subjected to insensitive questions about her privilege, being sexually abused at the age of 14 and struggling with depression at her cousin's wedding.

Ira made her directorial debut with a theatrical adaptation of Euripides' Medea, which starred Hazel Keech in the titular role.