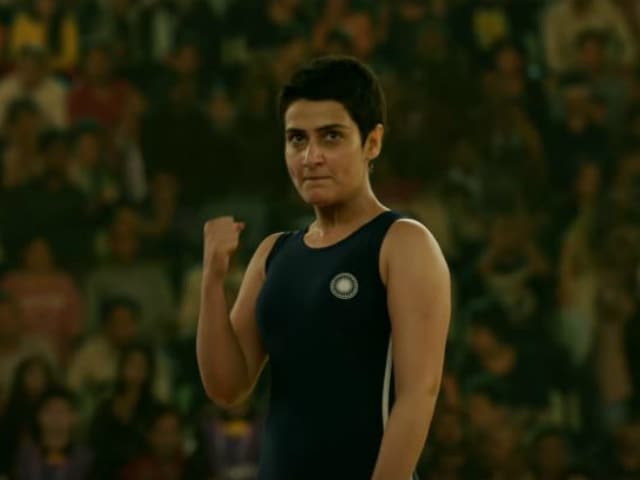 New Delhi: It's the break most young actresses would kill for but Fatima Sana Sheikh didn't think she was suited to play the role of wrestler Geeta Phogat in Aamir Khan's upcoming film Dangal. Fatima, who is one of two unknown actresses cast as the daughters of Aamir's character in the film, told news agency PTI that when she was asked to audition, she researched the Phogats and called back saying she didn't think she was right for the part. Geeta Phogat is the daughter of Haryanvi wrestler Mahavir Singh Phogat, played by Aamir, 51. Dangal is the story of how Mr Phogat trained his daughters, Geeta and Babita, in wrestling. They won India's first medals in female wrestling at the 2010 Commonwealth Games.

Fatima Sana Sheikh told PTI, "I got a call for 'Dangal' audition. That time I was not thinking much about it. They (casting agent) told me they are looking for an actor to play Geeta Phogat. I Googled her, read about Mahavir Singh Phogat." This initial research done, the young actress called back with reservations. "I called them saying I am not the correct person for the role as I don't look like Geeta Phogat, I don't look like a wrestler, I don't think I should do the film," she said.

Happily, the casting agent insisted she try out and so she did. "So I gave the audition and forgot about it. After sometime, I got a call saying I was shortlisted. I thought there will be 3-4 girls but there were 15. I was disappointed," she told PTI.

While auditioning, Fatima met Sanya Malhotra, the actress who would eventually be cast as Babita. They hit it off. "I met Sanya there and we became friends. She had also auditioned for the role of Geeta Phogat. We used to help each other. We had six levels of shortlisting, we had a workshop with Mukesh Chhabra (casting director), director Nitesh Tiwari, gym, audition with Aamir Khan, physical training and wrestling to see whether we look like wrestlers," she said.

After the intensive auditions, Fatima was cast as Geeta, Sanya as Babita. Dangal will not, however, be Fatima's first time on screen nor her first time working with an actor so accomplished. She began as a child star in Kamal Haasan's 1997 film Chachi 420 and has appeared on TV shows like Tahaan, Bittoo Boss and Akaash Vani. While looking for film work, Fatima Sana Sheikh worked as a photographer and assisted on cinematography. And then, of course, Dangal happened.

"For me pressure was not that I am working with Aamir Khan, but pressure was to look like Geeta Phogat and wrestle like her, I have to be like a professional wrestler. I was under stress, I was hard on myself for playing this huge role. I worked as a child but this is my debut film," said Fatima, adding that training for Dangal's wrestling scenes was the difficult bit: "It was very hard. I don't come from sports background so I had to start from scratch. But our coach motivated us, a lot of credit goes to him."

Promoted
Listen to the latest songs, only on JioSaavn.com
Aamir Khan has already spoken volumes of how impressed he is by Fatima and Sanya's performances and their commitment to the film. Dangal releases on December 23.