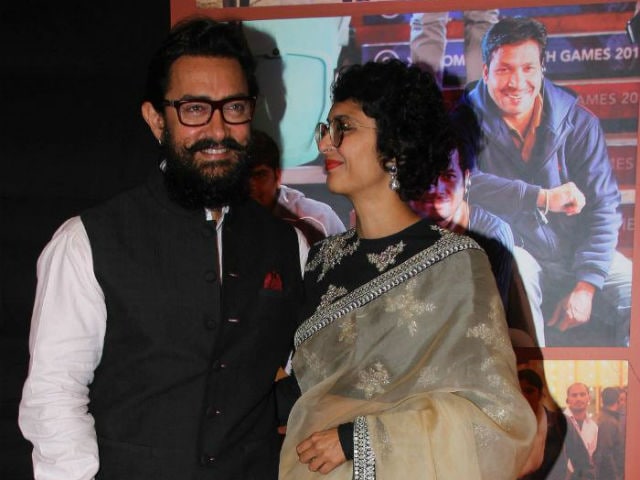 New Delhi: Filmmaker Kiran Rao said that she finds her husband and actor Aamir Khan's bearded look for Thugs of Hindostan quite interesting, reported news agency IANS. At the premiere of the Oscar-winning film Moonlight on Tuesday, IANS quoted Kiran as saying, "You may have noticed he has started growing beard. I am not sure... But it looks interesting to me." After Dangal, Aamir, 51, is busy prepping for Thugs of Hindostan opposite Amitabh Bachchan. The film is directed by Aamir's Dhoom 3 director Vijay Krishna Acharya. About the film, Kiran said, "I don't know much about the progress of the film, but Aamir, Adi (Aditya Chopra) and Victor (Vijay Krishna Acharya) meet often and keep discussing." She also expressed her wishes to be a part of their discussion.

The 51-year-old actor will start shooting for Thugs Of Hindostan in May. Aamir has been training hard for the film and his look will be lean, not as muscular a look he sported for Dangal, reports IANS.Thugs of Hindostan is slated to release on Diwali 2018.

Over the weekend, Aamir and Kiran played perfects hosts to Bollywood at Dangal's success party. Shahid Kapoor, Mira Rajput, Rekha, Vidya Balan, Siddharth Roy Kapur and many other stars were in the do list.

Promoted
Listen to the latest songs, only on JioSaavn.com
Dangal, a sports biopic released on December 23 and is continuing to rule the box office. The film has collected over Rs 385 crore so far. On the film's success, Aamir earlier said that he doesn't think he rules the box office. "I am not a box office king. I am only Kiran's (his wife Kiran Rao) king," told Aamir to IANS.