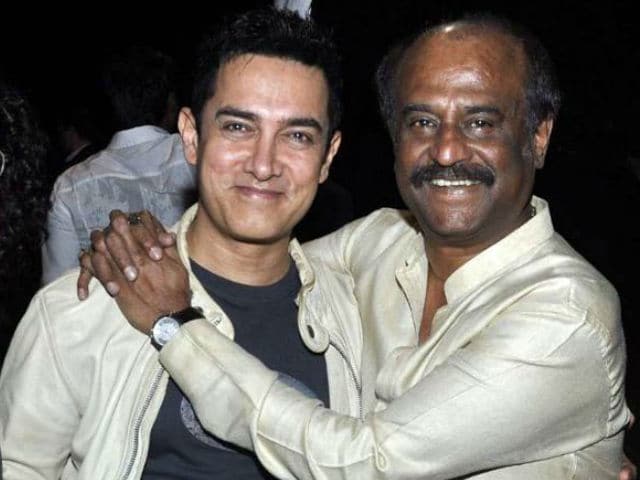 New Delhi: Did Rajinikanth deliver a super-sized rejection to Aamir Khan's Dangal offer? News agency IANS reports that the 65-year-old Tamil superstar declined to dub for Aamir in the Tamil version of the film. A source reportedly told IANS that Aamir asked Rajinikanth and was politely turned down. "Aamir had screened the film for Rajinikanth sir and also requested him to dub for his character for the Tamil version of Dangal. Although moved by the film, Rajini sir politely turned down the offer," a source close to Thalaiva, as Rajinikanth is fondly called, told IANS. The character that Aamir plays in the film is that of Haryanvi wrestler Mahavir Singh Phogat, who trains his daughters Geeta and Babita to be wrestler like him.

Aww, sorry Aamir. Perhaps Rajinikanth is just too busy right now - last seen in this year's blockbuster Kabali, Rajinikanth is prepping for 2.0, a sequel to his 2010 hit Enthiran.

Dangal, which closes 2016, is the 51-year-old actor's first release since his 2014 blockbuster PK. In the film, he plays two versions of Mahavir Phogat - as a young wrestler and a middle-aged father. Aamir famously put on 25 kilos to play Mr Phogat as an older man, tipping the scales at 90 plus kgs and prompting concerns about his health. He then lost the excess weight for his scenes as the younger Mahavir Phogat. A video of Aamir's incredible 'fat to fit' transformation went viral some weeks ago.


Aamir Khan also trained in wrestling and worked with a dialect coach to master the Haryanvi accent. Earlier this week, he compared the punishing schedules of Dangal to the relatively undemanding Qayamat Se Qayamat Tak, which was the film that made him a star in 1988. Two young and unknown actresses, Sanya Malhotra and Fatima Sana Sheikh, make their debuts in Dangal as Mahavir Singh Phogat's daughters Geeta and Babita and Aamir told news agency PTI that as a first film, Dangal is "very challenging." Unlike QSQT. "In Qayamat Se Qayamat Tak, the demand from me was nothing. I had to play a guy from Delhi. I go on a holiday, romance a girl and fall in love. I was operating in my comfort zone," Aamir told PTI.