Faisal Khan said, "I wanted to surprise them after finishing one schedule. I am waiting to see their reaction." 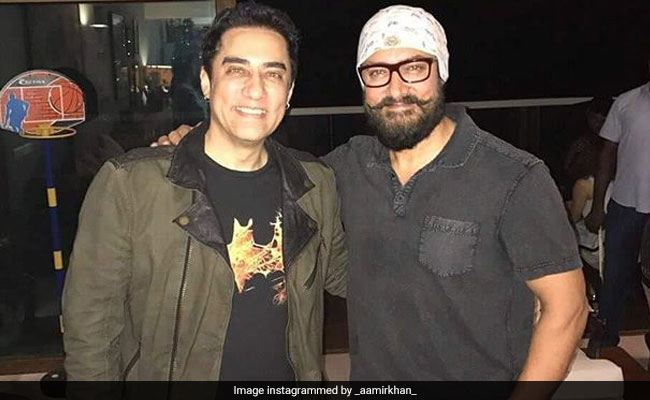 Aamir Khan's brother Faisal, who has featured in films like Mela and Madhosh in the Nineties, told mid-day in an interview that he's directing upcoming film Factory, in which he also stars. Faisal added that his brother Aamir Khan and mother Zeenat Khan did not know about his new role as a director because he wanted it to be a 'surprise for them.' mid-day quoted him as saying, "What is interesting is that my brother and mother are aware of the film but they don't know that I have turned director. I wanted to surprise them after finishing one schedule. I am waiting to see their reaction."

Faisal Khan also said that he took over the project from Sharique Minhaj, after he quit the film citing date issues and he describes the takeover as an 'organic process.' He said, "Direction was always on my mind, but this happened organically. We had another director Sharique Minhaj on board, but due to date issues, he couldn't continue. That's when I decided to step in.

Faisal Khan also makes his debut as a singer in Factory, which he says happened because of Sharique Minhaj. "Sharique insisted that I sing the song. I had no qualms about turning singer," he told mid-day.

Faisal first appeared onscreen as a child artiste in 1969 film Pyar Ka Mausam, where he played the younger version of Shashi Kapoor. Later, he did a small role Qayamat Se Qayamat Tak, which launched Aamir Khan in Bollywood. He also appeared in Aamir's Jo Jeeta Wohi Sikandar but his role was not credited. Both films were produced by his uncle Nassir Hussain and directed by his cousin Mansoor Khan.

Vikram Bhatt gave Faisal Khan his first film as a lead actor when he made Madhosh (1994).