Faisal Khan said: "I had no qualms about singing at all... Having heard the final number, I feel quite proud" 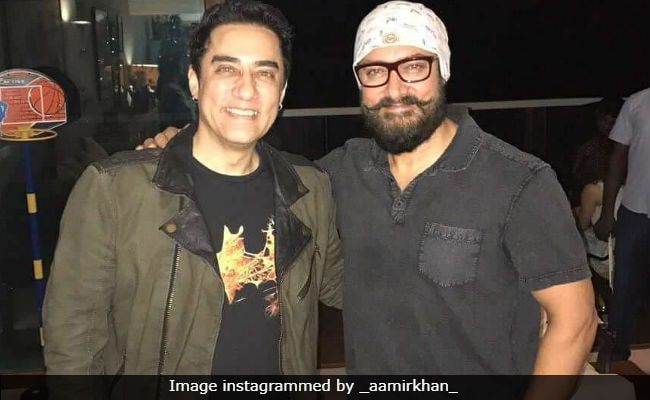 File photo of Aamir Khan with Faisal at the screening of Dangal. (Image courtesy: Instagram)

Superstar Aamir Khan's brother Faisal, who is best known for starring in Mela, is all to set to make his debut as singer in upcoming film Factory, reports Pinkvilla. Faisal, who did not enjoy a successful career like Aamir, is collaborating with director Sharique Minhaj, with whom he has previously worked in Chand Bujh Gaya and Chinar Daastaan-E-Ishq. Speaking to Pinkvilla, Faisal Khan said: "Factory is my dream project. I was pleasantly surprised when my director Sharique Minhaj suggested that I should be singing this song. He insisted that my voice was required for this number and I had no qualms about singing at all. In fact, growing up in and around films and cinema, the ability to sing just came to me smoothly. Since Ishq Tera is a soft, romantic track it was easy to croon. Having heard the final number, I feel quite proud."

Faisal first appeared onscreen as a child artiste in 1969 film Pyar Ka Mausam, where he played the younger version of Shashi Kapoor. Later, he did a small role Qayamat Se Qayamat Tak, which launched Aamir Khan in Bollywood. He also appeared in Aamir's Jo Jeeta Wohi Sikandar but his role was not credited. Both films were produced by his uncle Nassir Hussain and directed by his cousin Mansoor Khan.

Vikram Bhatt gave Faisal Khan his first film as a lead actor when he made Madhosh (1994). Border Hindustan Ka and Basti are among Faisal's other films. In 2017, Faisal featured in headlines after it was announced he's returning to films with Mental but the film never saw the light of the day.