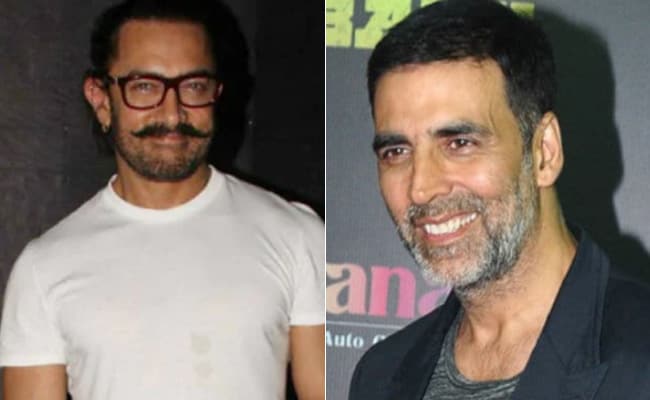 The trailer of Akshay Kumar's forthcoming film Good Newwz released a couple of days ago and actor Aamir Khan "loved" it. The 54-year-old actor called the trailer "great" in his appreciation post and hilariously stated that he "died laughing" after watching it. "What a great trailer! I died laughing! Loved it!" wrote Aamir on Twitter. His seal of approval made Akshay Kumar really happy and the Kesari actor went on to reply to Aamir's tweet: "Thank you, Aamir. So glad we managed to make you laugh." The trailer of Good Newwz introduces Akshay-Kareena and Kiara-Diljit as confused couples, who decide to give IVF treatment a try. However, as both the couples share common surname - Batra - the hospital staff get confused and mix up their eggs and sperms.

What a great trailer! I died laughing! Loved it!https://t.co/O2UIRxsl1n@akshaykumar#KareenaKapoorKhan@diljitdosanjh@advani_kiara@karanjohar@raj_a_mehta

Thank you Aamir, so glad we managed to make you laugh https://t.co/XOk7Jhlynx

And if you haven't watched the trailer of Good Newwz yet, check it out:

Aamir Khan and Akshay Kumar have not shared screen space yet. Though, the audience would love to see these two stars together in a film.

On the work front, Aamir Khan was last seen in Thugs Of Hindostan, in which he co-starred with Amitabh Bachchan, Katrina Kaif and Fatima Sana Shaikh. He is currently prepping for Laal Singh Chaddha, in which he will work with Kareena Kapoor.

Akshay Kumar, on the other hand, was last seen in Housefull 4, which didn't perform well at the box office. He will next be seen in Good Newwz, which is slated to release on December 27.