Aamir Khan and Kiran Rao announced their separation in July 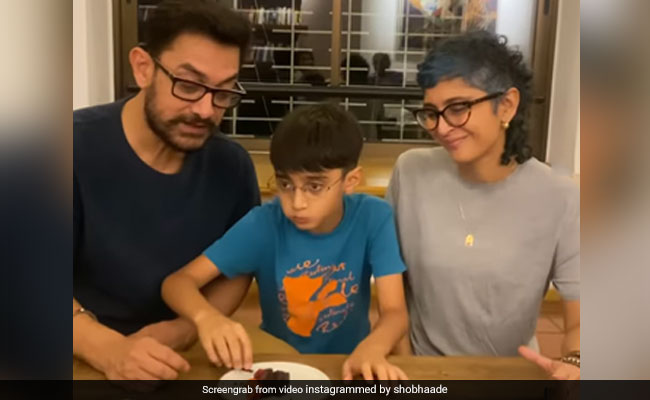 Aamir Khan and Kiran Rao, who announced their separation in July this year, had stated that they will "remain devoted parents" to son Azad and had also mentioned that they will be working together and seems like they are doing just that. On Wednesday, Aamir Khan and Kiran Rao celebrated son Azad's 9th birthday together. Author-columnist Shobhaa De shared pictures and videos from Azad's birthday festivities on her Instagram profile and she captioned the post: "#portraitsbyde. A warm and wonderful evening with scrumptious ghar ka khaana." She added the hashtags #togetherness and #famjam to her post.

Aamir Khan and Kiran Rao, married for 15 years, announced separation in a statement in July this year. The actor married Kiran Rao in 2005 and they welcomed their son Azad in 2011. Aamir Khan and Kiran Rao met on the sets of Lagaan, where Kiran was an assistant director. "We remain devoted parents to our son Azad, who we will nurture and raise together. We will also continue to work as collaborators on films, Paani Foundation, and other projects that we feel passionate about. A big thank you to our families and friends for their constant support and understanding about this evolution in our relationship, and without whom we would not have been so secure in taking this leap," read an excerpt from their statement.