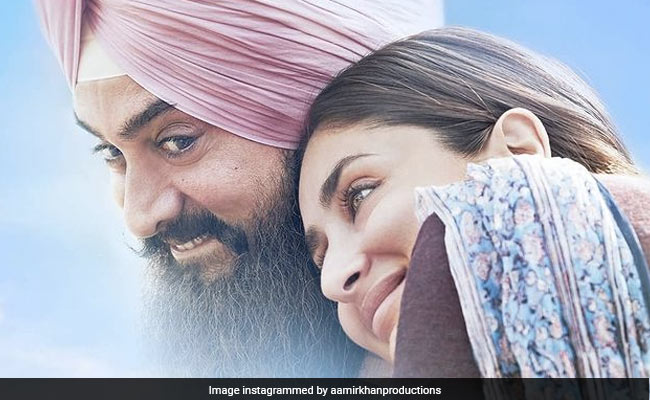 The date change for Aamir Khan's new film Laal Singh Chaddha - announced last weekend - has a lengthy backstory, as explained by trade analyst Komal Nahta. Laal Singh Chaddha's original release on Christmas 2020 was pushed perforce to Christmas 2021 when the pandemic and lockdown hit last year; the film has now been postponed again to April 14, 2022 which is a departure for an Aamir Khan project - Christmas is usually booked for films starring the 56-year-old actor. However, as Komal Nahta tells it, Laal Singh Chaddha is reportedly a VFX-heavy film and the VFX team were unable to complete work in time for the appointed date; in fact, the earliest that post-production could be completed was March 14 which also happens to be Aamir's birthday. Pushing the release to April 14, however, meant that Laal Singh Chaddha would clash with a big South release - KGF: Chapter 2. So Aamir Khan did a very Aamir thing.

Per Komal Nahta, Aamir Khan texted KGF: Chapter 2 star Yash, director Prashanth Neel and the makers for approval and to apologise for the clash. He explained about the delays related to VFX and also that April 14 would coincide with the North Indian festival of Baisakhi - Aamir's character in Laal Singh Chaddha is Sikh. Luckily for Aamir, he received a green light from the KGF: Chapter 2 team and, as compensation for the clash, has promised to also promote Yash's film.

Here is the date change announcement for Laal Singh Chaddha: