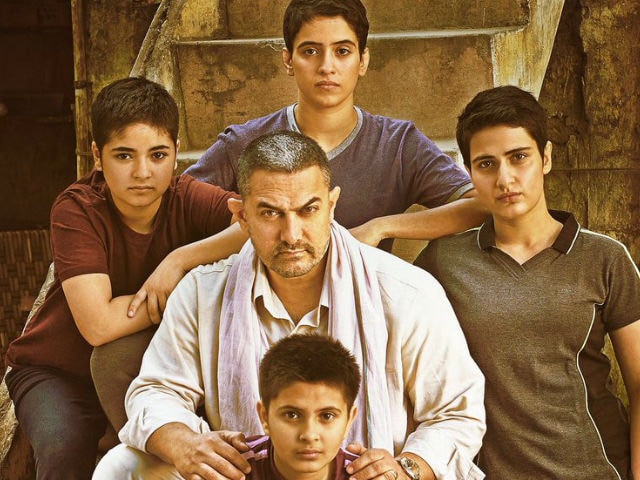 A poster of the film Dangal. (Image courtesy: Aamir Khan)

Mumbai: Actor Aamir Khan, who will be seen in the role of a 55-year-old man in his upcoming film Dangal, says he wanted to do this film only after he was 60.

Revealing the whole story behind doing Dangal, Aamir said: "When I read the story I just loved it. This story made me laugh, cry as the script was very exciting and inspirational. I wanted to do it but I was fickle minded that I have just done Dhoom: 3 and PK and for this film Nitesh (Nitesh Tiwari, director of the film) wanted to show me as a 55-year-old man which is closer to my reality (laughs) so, honestly I had that fear."

"I had the fear that today when I am still doing young roles why am I getting into this old man's role. I had to gain weight and go for grey hair so I was scared about my future and audience," he added.

Aamir said that he wanted to do this film when he was 60-year-old.

"I had this thing in my mind that I will do this film after five-six years when I will be 60. I was scared that if I play an old man's role now then tactically it won't be right. Then I called Nitesh again and said I want to hear the story again. After that I decided to leave the logic behind and do the film," he said.

The film sees Aamir in the role of Mahavir Singh Phogat, who coached his daughters Babita Kumari and Geeta Phogat. Geeta was India's first female wrestler to win at the 2010 Commonwealth Games, where she clinched the gold medal while Babita won the silver.

Aamir plays both the younger and older characters of Mahavir Phogat in the film, and he had put on weight up to 95 kg to play the older part and is currently in the process of bringing it down to around 70 kg.

The actor, along with other film members, unveiled the poster of the film on Monday which shows him sitting with his four "daughters."

Talking about the poster, he said: "The poster narrates the story of the film. It's about this man and his four daughters. I don't believe that women have to go easy or reduce their femininity to be strong. Only their hair is short and it's from a practical point of view of wrestling," he said.