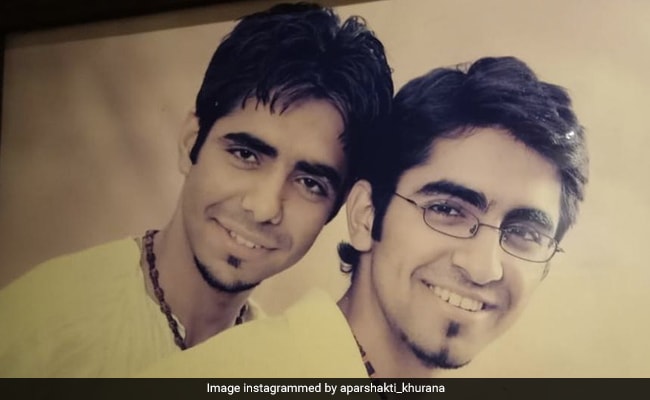 We are all hearts for this throwback picture of the Khurrana brothers, which happens to be from their first photoshoot together. On Ayushmann's 36th birthday on Monday, his brother and actor Aparshakti posted one helluva throwback, in which the brother duo can be seen twinning in white outfits. Extra points for the "controversial" hairstyles (Aparshakti's words). A bespectacled Ayushmann can be seen smiling with all his heart in the picture. His reaction to the post was: "Yeh kahan se? Lots of love." Ayushmann's filmmaker wife and writer Tahira Kashyap was all hearts for the picture. Aparshakti wrote in his caption: "Picture from our first photoshoot together. Our hairstyles might be a little controversial but my love for him was definite and remains so. Always his first fan."

Picture from our first photoshoot together. Our hairstyle might be a little controversial but my love for him was definite and remains so. Always his first fan. Happy birthday bhaiya! @ayushmannk

Aparshakti Khurana was last seen in Varun Dhawan and Shraddha Kapoor's Street Dancer 3D. He stepped into Bollywood with Nitesh Tiwari's Dangal, in which he starred as Aamir Khan's onscreen nephew. The actor will next be seen in Helmet, co-starring Athiya Shetty.