Aao Milo musical is a hit with Aparshakti Khurana's Instafam. 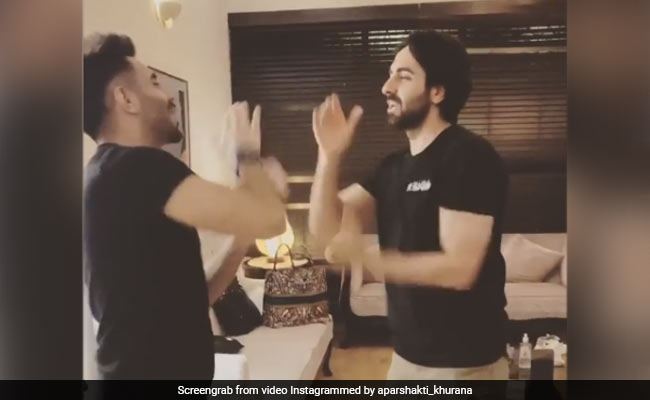 Actor Ayushmann Khurrana and his brother Aparshakti recently topped the list of trends for the video, in which they were recorded playing childhood game Aao Milo Shilo Shaalo (which they called Aam Lelo Selam Saali). Now, Aparshakti Khurana gave the game a "musical" twist. Aparshakti added background music to the video, which almost ended with the song Bapu Sehat Ke Liye from the movie Dangal, in which he had a supporting role. In the comments thread of the post, celebrities Esha Gupta, Chandan Roy Sanyal, Geeta Monga and others posted compliments and ROFL emoticons. Ayushmann Khurrana frequently doubles as a singer (Paani Da Rang and Saddi Gali) while Aparshakti debuted as a singer with the single Kudiye Ni last year. Ayushmann and Aparshakti co-composed the 2016 single Ik Vaari.

And now, take a look at Ayushmann Khurrana and Aparshakti's Aao Milo, the musical: