A Throwback From Sridevi's Birthday - These Were Her Close Friends

In a new post shared late night on Friday, the celebrated designer dug out a throwback photo from the birthday he hosted for Sridevi last year 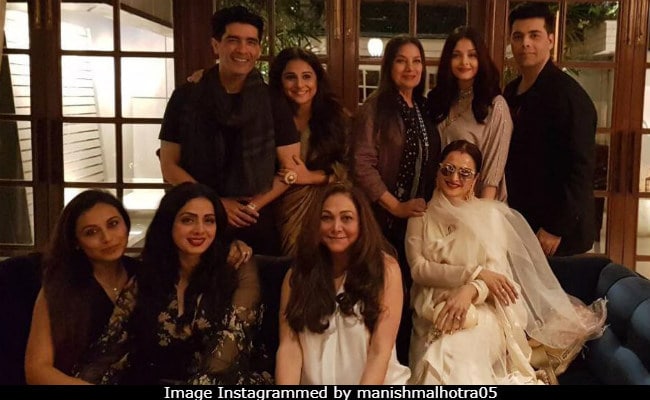 Sridevi and her friends in a throwback post (courtesy manishmalhotra05)

New Delhi: We will always remember Sridevi, now and forever. And so will designer Manish Malhotra, who has been remembering the late actress in innumerable Instagram entries. In a new post shared late night on Friday, the celebrated designer dug out a throwback photo from the birthday he hosted for Sridevi last year. The actress celebrated her 54th birthday in August 2017, and joining her at the party were a bevy of "iconic actresses" - (as Karan Johar put it) namely Rekha, Shabana Azmi, Tina Munim, Rani Mukherji, Aishwarya Rai Bachchan and Vidya Balan. "Last year at home all of us celebrating her birthday....an unforgettable memory for me.." Manish Malhotra Instagrammed.

Last year at home all of us celebrating her birthday....an unforgettable memory for me ..... #love

It was Karan Johar, who had earlier shared this photo, and this is how he had captioned it then: "Thank you Manish Malhotra for a lovely evening and the opportunity to stand with these iconic ladies."

If you scroll down on Sridevi's Twitter account, you will also chance upon another memory from that night, where the guests can be seen sharing a light moment.

Sridevi was also joined by her immediate family - Boney Kapoor and their two daughters Janhvi and Khushi - for the birthday celebrations. Here are some glimpses of the night that was. 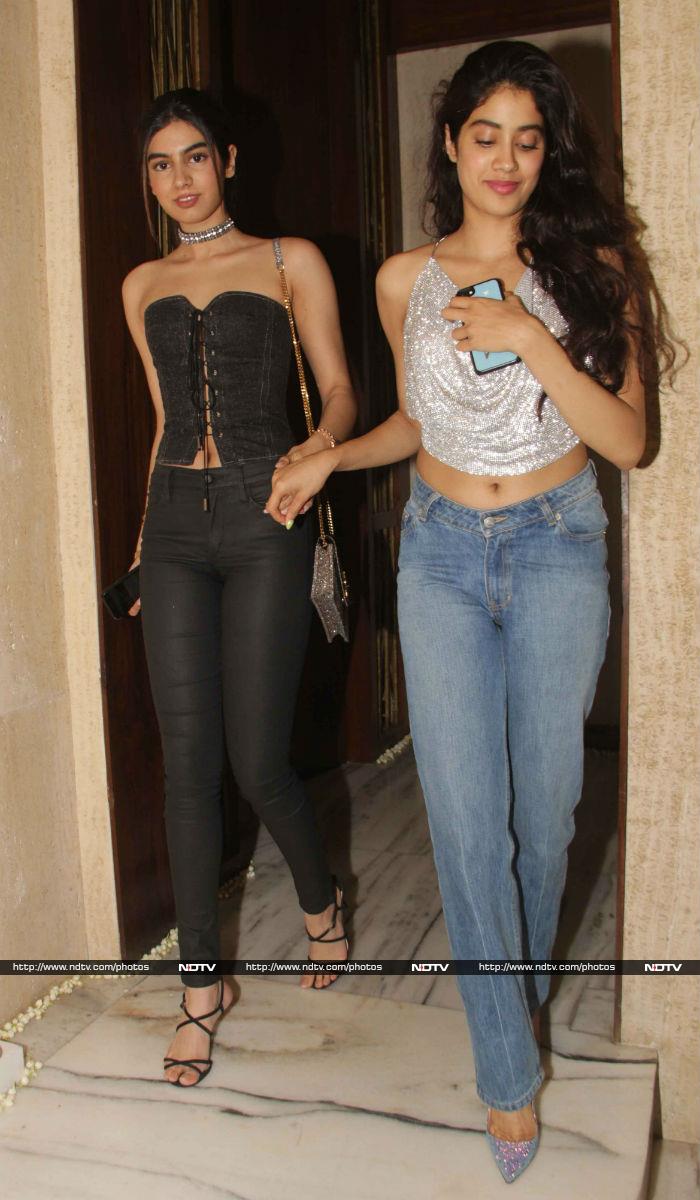 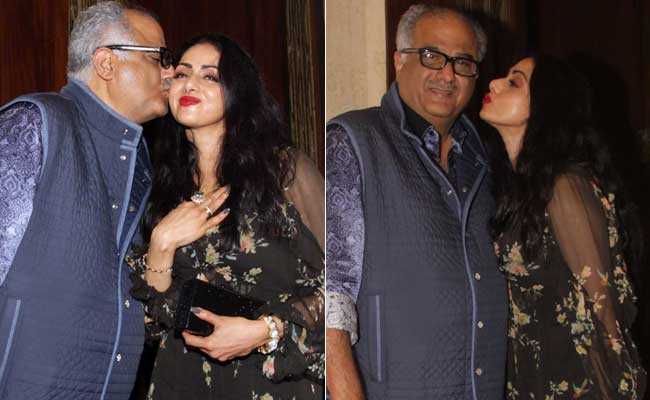 It is not unknown that Manish Malhotra was the go-to designer for Sridevi and her two daughters - all of who were often spotted in designer coordinated outfits. Even for the Dubai wedding, Sridevi, Janhvi and Khushi wore hand-picked Manish Malhotra ensembles. On late Saturday evening, Sridevi died in Dubai and the cause of her death has been identified to be accidental drowning in the hotel bathtub - investigation was carried out by Dubai police. Sridevi was in UAE for the wedding festivities of nephew Mohit Marwah.

Sridevi was flown back to Mumbai late on Tuesday night. Rekha, Aishwarya Rai Bachchan, Vidya Balan, Shabana Azmi and many, many others paid their last respects to Sridevi on Wednesday afternoon, hours before she was cremated with state honours in Mumbai. Her last rites were attended by Amitabh Bachchan, Shah Rukh Khan, Katrina Kaif and other Bollywood celebrities while Rajinikanth and Kamal Haasan had visited Anil Kapoor's house earlier.
Comments
sridevisridevi throwback