The Internet can't keep calm and we can see why 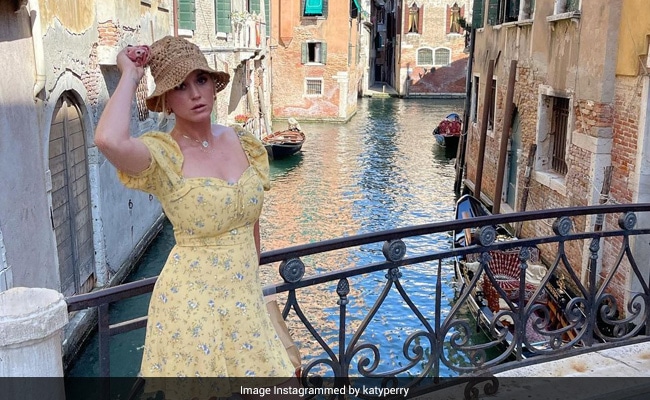 In a surprising turn of events, Hollywood's old-new couple Jennifer Lopez and Ben Affleck stole the show in singer Katy Perry's Venice holiday album. Fun fact, JLo and Ben are not even in Venice. They are in Los Angeles and were recently photographed kissing at an eatery in the city (more about that later). So, how did they manage to eclipse Katy Perry and her fiancé Orlando Bloom's holiday, you ask? Well, Katy Perry shared some stunning shots from her holiday. One picture, however, was that of Jennifer Lopez and Ben Affleck kissing. We aren't sure if it was a deliberate move on Katy's part or just an accidental photo dump but what we do know is that the Internet couldn't help bombard the post with questions and more questions with about Hollywood's newest couple on the block (well, almost).

The rain of comments on the Roar singer's post had one thing in common so to say - the tone of amazement was highly evident in each comment. "Is that JLo and Ben?" asked a fan. "Love a dump from you, especially photo 6 (the one with JLo and Ben)." The Bennifer factor kept echoing in more comments. Proof - "Slide 6 got me like," added another Instagram user. "The JLo picture...LMFAO," read another comment. Remarks like "Screaming at the JLo pic" and "OMG the Bennifer pic. I screamed Katy," kept popping up.

See the post shared by Katy Perry. By now you must have learnt it is the infamous slide 6 we are talking about:

The rumour mills about the star couple started when they were spotted on a vacation of sorts in Montana, earlier this year. The couple were reportedly spotted at JLo's Miami beach house as well. Also, they were reports of the couple sneaking in kisses in the middle of workout sessions. The Gigi co-stars were engaged back in 2002. However, it ended in a split two years later. JLo and Ben Affleck were married (and divorced) to Marc Anthony and Jennifer Garner, respectively. They also broke up with their respective partners this year. JLo was previously dating Alex Rodriguez, while Ben Affleck was with actress Ana de Armas.

Meanwhile, Katy Perry and Orlando Bloom  welcomed their first child together- a baby girl in 2020 and they named her Daisy Dove. Katy Perry and actor Orlando Bloom got engaged on Valentine's Day in 2019. Katy was previously married to comedian Russell Brand. However, the couple parted ways in 2012. The singer reportedly met The Lord Of The Rings actor, who was married to model Miranda Kerr from 2010 to 2013, in 2016 and started dating him.