A Pic From Kalinga, The Film Dilip Kumar Directed But Never Released. Shilpa Shirodkar Was In It 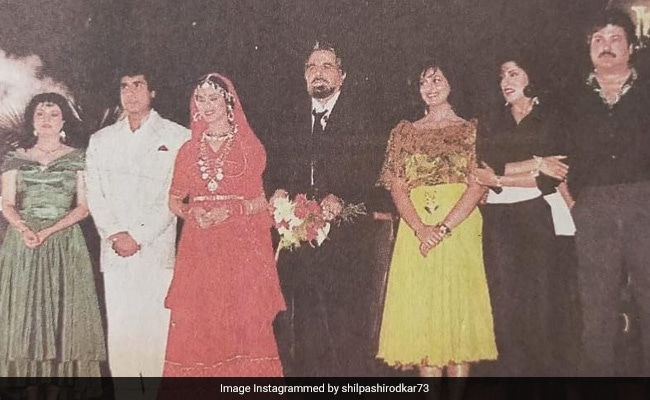 Late actor Dilip Kumar appeared in several iconic movies in his career spanning over five decades. Some of his landmark films include Naya Daur, Kranti and Mughal-e-Azam. In 1992, Dilip Kumar had planned to don the hat of director with the film Kalinga, which was later shelved. Actress, Shilpa Shirodkar, who was set to star in the film recalled being a part of the movie. She shared a throwback picture from the film's set on Instagram. The picture features Dilip Kumar and Shilpa Shirodkar with the rest of the cast of the film including Raj Babbar, Raj Kiran, Meenakshi Sheshadri and others.

As mentioned above, Kalinga would have marked Dilip Kumar's debut as a director. The film was announced by film producer Sudhakar Bokade in 1992. After subsequent delay, the film was left incomplete and was later shelved.

Dilip Kumar died on Wednesday morning in Mumbai's Hinduja Hospital. He was 98. He was admitted to hospital on last Wednesday after he complained of breathlessness. Dilip Kumar's last rites were performed with state honours at 5 pm on Wednesday.

The late actor has appeared in some of the most iconic films like Devdas, Ganga Jamuna, Daag, Aan and Madhumati. He was last seen in the film Qila, which released in 1998.