Talk about a perfect throwback moment 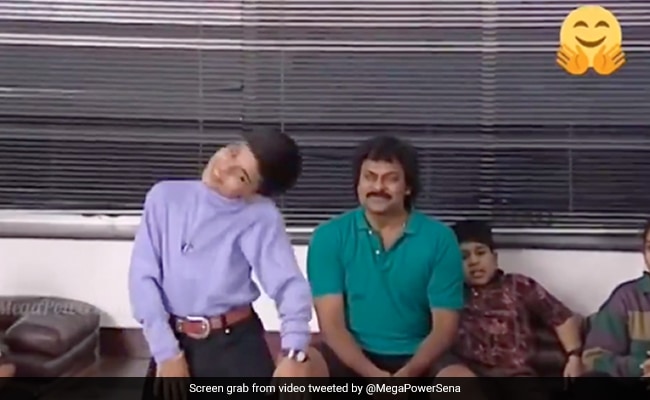 A still from the video. (courtesy MegaPowerSena)

It's not Thursday yet but we chanced upon the perfect throwback video, which is trending big time on social media. The video shared by a fan page on Twitter features three of the biggest stars of the country in the same frame. The video happens to be a major throwback from Ram Charan and Allu Arjun's childhood days, in which superstar Chiranjeevi can be seen cheering for the stars. Allu Arjun, who has a reputation as an impeccable dancer, can be seen grooving in the video as Chiranjeevi claps and cheers for him. Chiranjeevi's son and actor Ram Charan's moves were quite impressive too.

Chiranjeevi was last seen in the Telugu film Acharya, which was directed by Koratala Siva. Before that he featured in Raa Narasimha Reddy, which also starred Amitabh Bachchan in a pivotal role. The superstar has featured in Telugu, Tamil, Hindi and Kannada films. Chiranjeevi, who debuted on the big screen in 1978, has acted in over 150 films. He has featured in several hit movies some of which are Swayam Krushi, Rudraveena, Indra and Aapathbandavudu.

The actor will next be seen in GodFather which is the remake of Prithviraj Sukumaran's Malayalam film Lucifer, which featured Mohanlal in the lead role. GodFather, directed by Mohan Raja, also features Salman Khan, Nayanthara and Satyadev. The film is produced by Konidela Production Company along with Super Good Films.