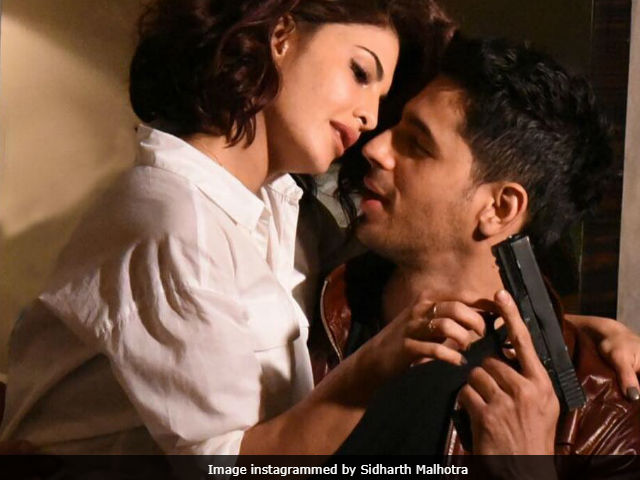 New Delhi: Sidharth Malhotra and Jacqueline Fernandez's five-day old film A Gentleman has collected a little over Rs 16 crore since it released and according to trade analyst Taran Adarsh the film is a box office 'dud.' Oops. A Gentlemanstarted with a sundar, susheel box office figure (Rs 4.04 crore), which it maintained over the weekend without progressing. But the film's collection figure sank on Monday and dipped even lower on Tuesday making it a 'dud.' A Gentleman's not-so-gentlemanly score on Monday was Rs 2.03 crore and on Tuesday it was Rs 1.60 crore. Here's the box office report card of A Gentleman:

A Gentleman is directed by Raj Nidimoru and Krishna DK and also stars Darshan Kumar, Suniel Shetty, Supriya Pilgaonkar and Rajit Kapur. In his review for NDTV, film critic Saibal Chatterjee said that A Gentleman is a "pileup of little ideas gone haywire." He gave the film two stars out of five.

A Gentleman's major box office competition is Bareilly Ki Barfi, starring Kriti Sanon, Rajkummar Rao and Ayushmann Khurrana. The film opened to fabulous reviews and has collected Rs 25 crore since it released (along with A Gentleman) on Friday. Also, Bareilly Ki Barfi has a better word-of-mouth reviews than A Gentleman.

After A Gentleman fell apart at the box office, Jacqueline's hopes are pinned to her next release Judwaa 2, co-starring Varun Dhawan and Taapsee Pannu. Sidharth Malhotra will get busy with the shooting of Ittefaq, a remake of Rajesh Khanna's 1969 film of the same name. He also stars in Neeraj Pandey's Aiyaary along with Manoj Bajpayee.
Comments
a gentlemana gentleman box officea gentleman sidharth jacqueline