Sidharth Malhotra and Jacqueline Fernandez's A Gentleman managed to collect a total of Rs 2.03 crore on Monday 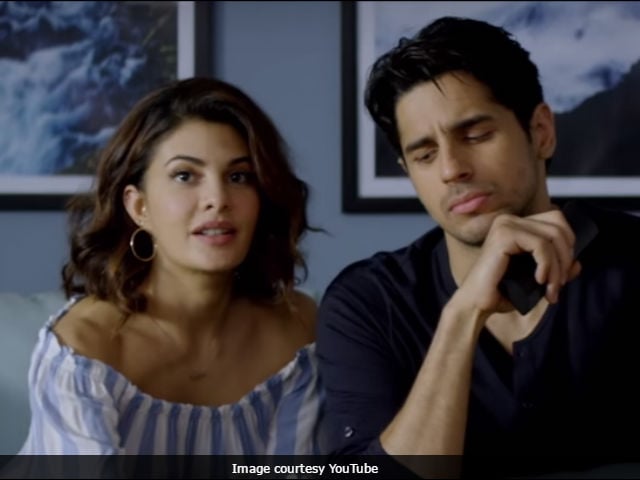 Sidharth and Jacqueline in A Gentleman

New Delhi: Sidharth Malhotra and Jacqueline Fernandez's A Gentleman, which released in theatres on August 25, has managed to collect Rs 15.16 crore at the box office so far. The film, directed by Krishna D K and Raj Nidimoru, had a poor opening weekend and earned Rs. 13.13 crore (Friday - 4.04 crore, Saturday - 4.36 crore and Sunday - 4.73 crore). On Monday, the business of A Gentleman remained low and it collected a total of Rs 2.03 crore, reported trade analyst Taran Adarsh. The film's overseas earnings are a little over Rs. 7 crore in its first weekend, according to Mr Adarsh.

In his review for NDTV, film critic Saibal Chatterjee wrote that Sidharth Malhotra and Jacqueline's A Gentleman: Sundar. Susheel. Risky 'falls way short of skirting around its jagged edges.'

Promoted
Listen to the latest songs, only on JioSaavn.com
"Male lead Sidharth Malhotra is a handsome lad with strong screen presence. There is hardly a sequence in the film when the actor isn't on the screen. That is a tough ask. If only Malhotra possessed the histrionic subtleties to pull off the role of a highly trained killer who dreams of happy domesticity - a steady job, a comfortable home, a pretty garden and a family swanky car, all achieved through strictly honest means - A Gentleman would have sparkled a great deal more," wrote Mr Chatterjee.

A Gentleman clashed at the box office with Nawazuddin Siddiqui and Bidita Bag's Babumoshai Bandookbaaz.
Comments
A GentlemanSidharth MalhotraJacqueline Fernandez