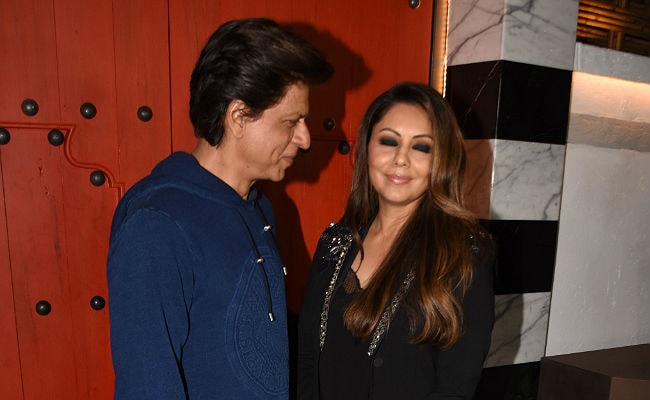 Shah Rukh Khan and Gauri photographed outside Sanchos in Mumbai.

Shah Rukh Khan stepped out for a date with his wife Gauri on Monday and boy, did they not look totally adorable together? Shah Rukh and Gauri posed for the paparazzi as they exited Mexican restaurant Sanchos, which Gauri Khan has designed. Speaking to reporters outside the venue, Gauri said: "I hope everybody enjoys the space which we have designed and I hope Shah Rukh loved it," reports news agency IANS. Sanchos will be open for public next week, but Shah Rukh Khan was among the first diners at the restaurant. "I just go to whichever restaurant she opens because I get free meal, so it's really good for me... I hope she keeps opening up new restaurants so that all of us can keep coming here to do parties," SRK told reporters.

But more than the restaurant, we cannot get over the fabulous pictures of Shah Rukh and Gauri, which are now all over the Internet. The way they look at each other and the elan with which the couple poses makes every picture worth a million bucks.

Here are five lovely pictures of the power couple: 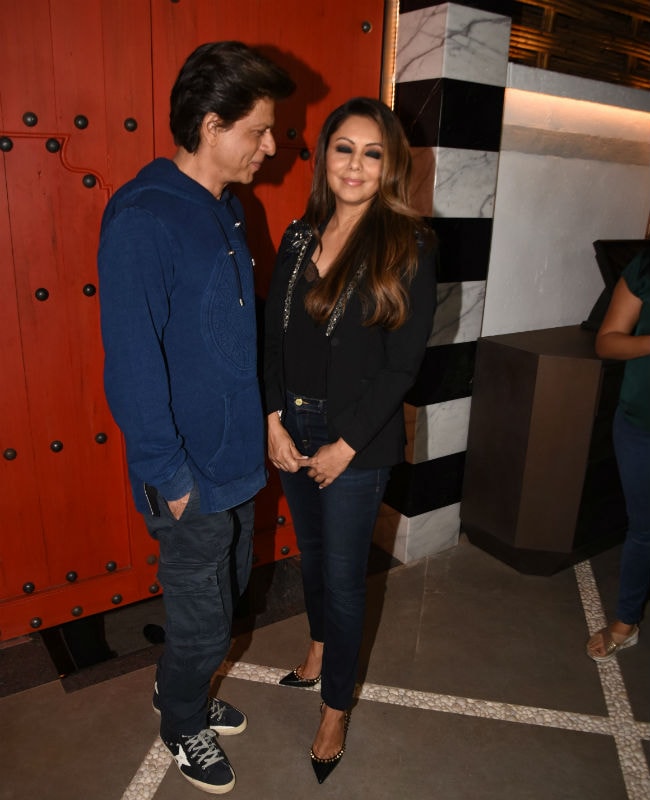 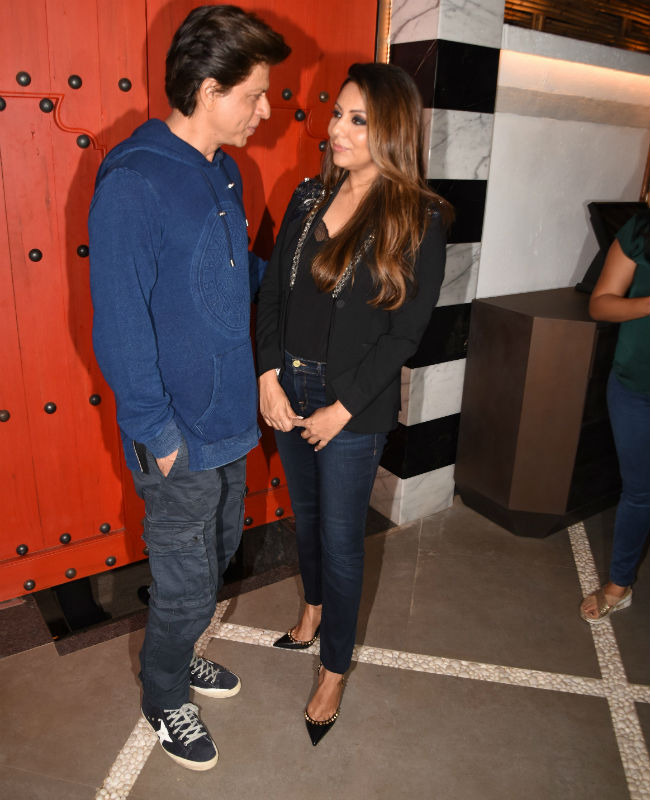 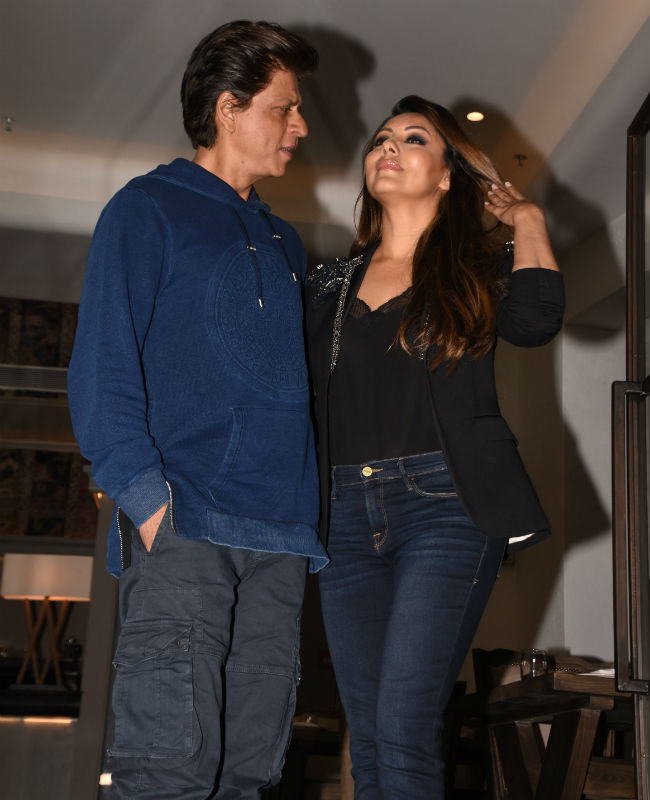 Gauri Khan is a film producer and celebrated interior decorator. Sanchos is the second restaurant decorated by Gauri after Arth, which opened last year and it is frequented by several Bollywood celebrities. In addition, Gauri has also done the interiors of several celebrity homes, including that of Ranbir Kapoor, Sidharth Malhotra, Varun Dhawan, Jacqueline Fernandez and parts of Karan Johar's home.

We know that Shah Rukh Khan is a fan of his wife's work as he wants her to decorate his office. When he asked her on Instagram when will she redo his office, Gauri replied, "As soon as I have some free time" - posted with a smiley.

When Shah Rukh Khan was asked if he could get Gauri to design his film's sets, the 53-year-old actor replied: "We make really small films. We can't afford to get her on board for our films." Shah Rukh is looking forward to the release of Zero, opening in theatres on December 21. The film also stars Anushka Sharma and Katrina Kaif.

Shah Rukh Khan and Gauri are parents to Aryan, 21, Suhana, 18, and AbRam, 5. Aryan and Suhana are studying films abroad while AbRam stays with his parents in Mumbai.