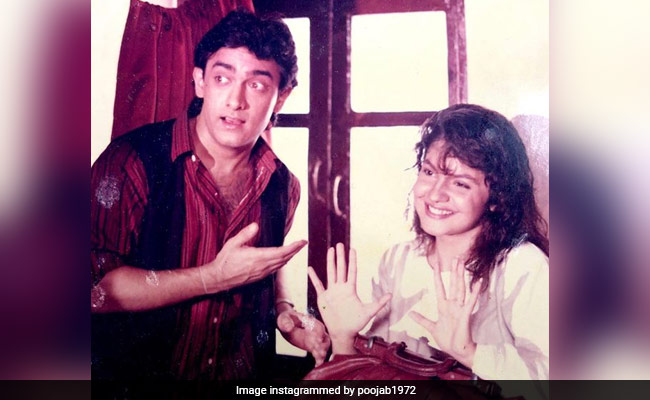 Filmmaker Mahesh Bhatt's movie Dil Hai Ke Manta Nahin clocked 30 years today. Mahesh Bhatt's daughter, actress Pooja Bhatt, who played the lead role in the film, recalled how the film performed well on the box-office despite the fact that "industry experts" considered it "very risky." Pooja Bhatt dedicated a special Instagram post to the film's anniversary and dropped many stills from Dil Hai Ke Manta Nahin on the platform. In the caption, she recalled how most industry experts considered the film "risky" as "it was about a woman who runs away from home to marry a man and then runs away from the 'mandap' to marry another man."

In the caption, Pooja Bhatt wrote: "#30yrs of #dilhaikemantanahin today. The images have faded with time. The feeling the film still evokes stands the test of time. Gratitude to #GulshanKumar for backing my father's vision and bankrolling a film that most Industry experts considered very risky considering it was about a woman who runs away from home to marry a man and then runs away from the 'mandap' to marry another man, that too with her father's blessings."

Pooja Bhatt went on to thank her fans for "accepting" the film "with all their heart." Pooja wrote: "#DHKMN is more than a film. It is a feeling. It is nostalgia. It is innocence. It is love and longing for a time we have all lived, dreamed in and lost. Which is why it belongs more to the people and audiences who proved yet again that they are far more forward and expansive than the film industry experts by accepting it with all their heart and ensuring it sustains 30 yrs later." She added: "The audience is wise. The audience is gracious. The audience is kind. So, thank you, all of you. For tying your adolescence, youth, love and memories to this film. I bow to you, and I love you. Each of you."

Dil Hai Ke Manta Nahin was released in 1991 and it featured actor Aamir Khan in the lead role opposite Pooja Bhatt. The film emerged as the major hit on box-office back in 1991.