"There would be no me if there was no you," wrote Pooja for her mom 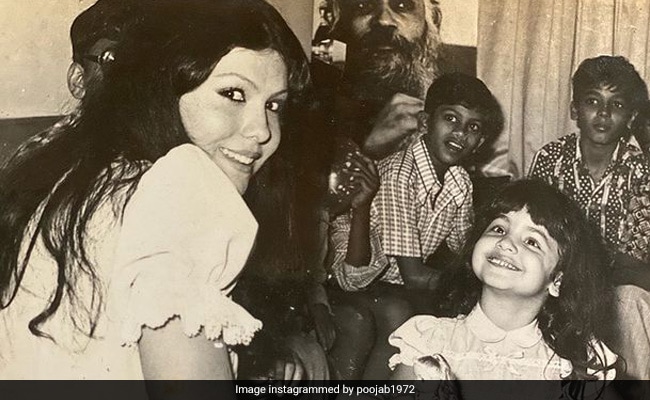 On her mother Kiran Bhatt's birthday, Pooja Bhatt lit up Instagram with some priceless throwback pictures from her childhood. Pooja is Mahesh Bhatt's daughter with his first wife Kiran Bhatt, who was known as Lorraine Bright before she changed her name. Sharing a photo featuring herself as a pint-sized kid smiling adorably with her mom along with the birthday note she made for her mom as a child, Pooja wrote: "To my ever gorgeous Mother Lorraine Bright who then went onto become Kiran Bhatt.. Happy Birthday and thank you! There would be no me if there was no you! Not to mention your amazing capacity to preserve and archive details of my life that recede way back in the mists of time... like this birthday note/card I made you when I was a child!"

In a separate post, Pooja Bhatt gave a glimpse of her mother's "exemplified grace" and wrote that no one could "combine a bindi and a mini as effortlessly" as Kiran Bhatt could. The blast from the past shows Kiran Bhatt sporting a mini dress and a bindi. "Happy Birthday Mother! If anyone could combine a bindi and a mini so effortlessly, you could! Style can be learned or acquired. Grace cannot. And you exemplified grace!" wrote Pooja Bhatt.

See how Pooja Bhatt wished her mother on her birthday here:

She was last seen in Netflix's series Bombay Begums. Before that, she featured in the sequel to her 1991 film Sadak. In the film, Pooja co-starred with former colleague Sanjay Dutt, sister Alia Bhatt and actor Aditya Roy Kapur.