On May 21, 1994, Sushmita Sen won the Miss Universe title in Philippines 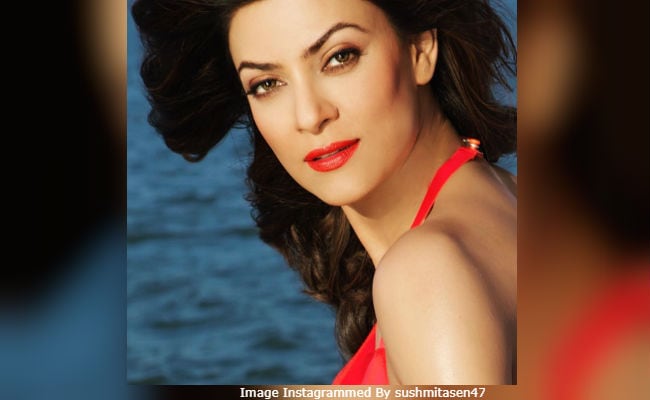 New Delhi: On May 21, 1994, Sushmita Sen won the Miss Universe title for India in Philippines. She was just 18 then. 24 years after Sushmita was given the Miss Universe title, she recalled her journey from then to now in an Instagram post, which she captioned as, "I was 18-years-old when India won Miss Universe for the very first time on 21st May 1994. I am 42 now, still a 'miss' with a 'universe' inside me. Nothing has changed except the years. Thank you guys for the letters, cards & gifts but mostly for remembering the universe is lovingly abundant & so what we give out, we get more of. I celebrate with you India & Philippines (my second home)."

I was 18 yrs old when #India won #MissUniverse for the very first time on 21st May 1994....I am 42 now, still a 'Miss' with a 'Universe' inside of me!!!! nothing has changed except the year's' Thank you guys for the letters, cards & gifts ..but mostly for 'Re-membering' the #Universe is lovingly #abundant & so what we give out, we get more of!!! #positivity #happiness #kindness #love #empathy I celebrate with you #India & #philippines (my second home) #24years #missuniverse1994 here's looking at you!!! I love you guys!!!! Mmmuuuaah!!!!!

Meanwhile, weeks ago, Sushmita had shared a throwback photo with singer Ricky Martin, whom she reportedly dated briefly after winning the Miss Universe title.

muchas gracias @gilvania_rosalia for sharing this cherished memory!!! our first meeting in #mexico #lasprisas #acapulco I was 18yrs old & @ricky_martin was 22 then! Now, I have two daughters & he has two sons born from the heartOur journeys have truly embodied "livin la vida loca" literally meaning 'the crazy life'#sharing #memories #smiles of a truly WONDERFUL SOUL!!! To your #happiness Ricky #teamo

Sushmita Sen is a single parent to two daughters - Renee, 18, and Alisah, 8. On Sunday, pictures of Sushmita and Renee, hugging each other at the airport, trended big time. 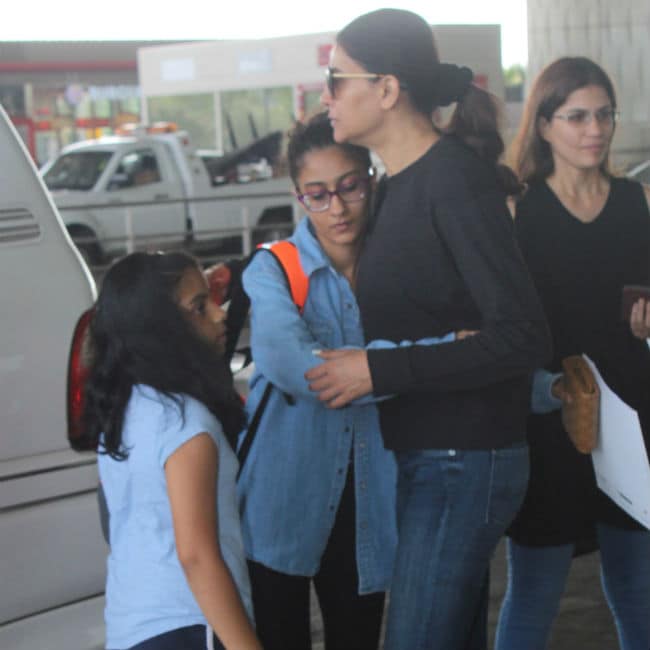 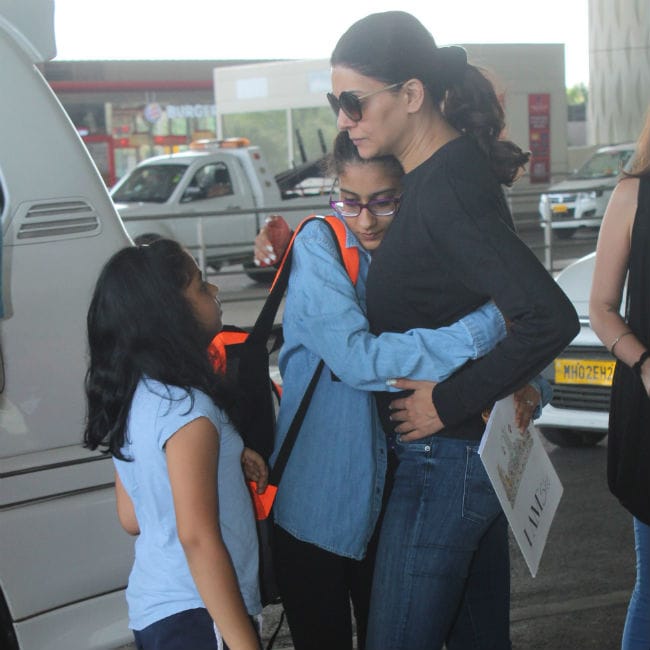 #yessssssssss #film #hichki #privateviewing #yashrajstudio What a performance #ranimukerjichopra #whistle x infinity!!!I cried my lungs out in the second half!!! My #respect to all the actors & director #siddharthmalhotra who has dealt with a sensitive topic like #tourettesyndrome with absolute sincerity!!! Rani insisted I show the film to Renee & Alisah, and so I did... good call!!! All the best to the entire team of #filmhichki girlpower #pride #aweinspiring #loveit #sharing #us love you guys!!!

Sushmita is a fitness enthusiast and works out with her daughters.

#whatajourney "from witnessing her first #crawl to learning how to #prowl " The #lioness & her #cub let's do this Renster!!!! #teamworkinprogress #superproud I love you!!!!

#dayone of #combattraining for Renee & Alisah I kid you not, if we want consistent #happiness & #positivity in our lives, WE MUST EXERCISE IT!!! Pls note what follows at the end of their class!!! Pure #happyhormones Their laughter made my day...sharing it!!! I love you guys & want to see healthy & happy ALWAYS!!! Mmuuuaah!!!