14 Years Of Dhoom 2: The Film Marked Hrithik Roshan's "Induction Into The School Of How To Be Sexy"

"I was inspired by three actors for this role - Bruce Willis, Pierce Brosnan and Mr Bachchan for his pauses. I kinda threw them into a mixer and out came Aryan," read an excerpt from Hrithik's post. 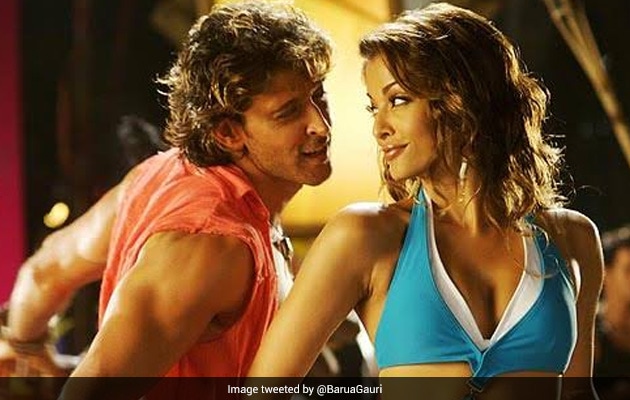 Hrithik Roshan in a still from Dhoom 2 (courtesy BaruaGauri )

14 years after Dhoom 2 opened in big screens and were blown away by Hrithik Roshan's renewed avatar, the actor shares some interesting trivia. Apparently, Dhoom 2 marked Hrithik's entry into the "school of sexy" and he assigned complete credit for that to the film's costume designer Anaita Shroff Adajania. Sharing glimpses of his many looks on Dhoom 2, Hrithik wrote: "Dhoom 2 was my induction into the school of how to be sexy. Something I had to be taught hands on by our fabulous Anaita." Hrithik portrayed the antagonist named Aryan in Dhoom 2. In his post, Hrithik revealed he drew inspiration from three acting legends for the role.

"Aryan was a side of me I didn't know existed. I remember breathing and meditating many times a day to find that composure which I could envision Aryan having but had no idea how to produce. I was inspired by three actors for this role - Bruce Willis, Pierce Brosnan and Mr Bachchan for his pauses. I kinda threw them into a mixer and out came Aryan," read an excerpt from Hrithik's post.

In a postscript, Hrithik added: "Did you know that all actors promoted this film for only 1 day?" Hrithik also gave a shout out to the "best cast of friends ever." The ensemble cast of Dhoom 2 included series regulars Abhishek Bachchan and Uday Chopra along with Aishwarya Rai Bachchan and Bipasha Basu.

This is how Bipasha took a trip down memory lane: "I know everyone loved watching Dhoom 2. The experience of prepping and shooting for this film was simply amazing. And the best costars and crew ever," she wrote.

Directed by Sanjay Gadhvi, Dhoom 2 released in 2006, two years after the first film in the series. Dhoom 3 released in 2013. Actors John Abraham and Aamir Khan played the main antagonists in Dhoom and Dhoom 3 respectively.